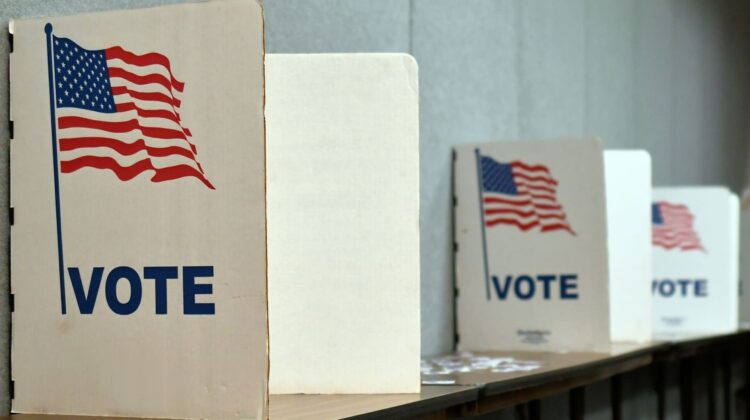 To win in rural communities, Democrats need to show up and help, not heckle.


Earlier this month, a small Twitter spat erupted between mystery writer Don Winslow and Tessa Duvall, an investigative reporter with the Louisville Courier-Journal. Winslow, well known as a liberal activist, kicked it off by tweeting, “The two senators from Kentucky are the reasons all jokes about Kentucky are completely valid,” along with a photo of Senators Rand Paul and Mitch McConnell – both Republicans. The punchline is, of course, that by electing conservatives Kentucky deserves ridicule.

The question of why working-class, white voters in red states “vote against their interests,” according to liberals, is one I am familiar with. When I lived in Chicago, those who didn’t automatically assume it was because my fellow Kentuckians are all gun-toting, inbred, backwoods bigots would ask this in genuine perplexity. Democrats were so obviously the better choice, their logic went, that anyone making less than six figures voting for a Republican made no sense.

If you dig beneath the surface, for many working-class folks in Kentucky and throughout rural America, voting conservative does seem in their best interest. To understand why requires an understanding of the unique sociology of both the working class and rural America, one that is lacking among liberal activists and pundits like Winslow.

It is something of a truism that rural America is more culturally conservative. What many may not understand is that this cultural conservatism is not always exclusionary – support for gay marriage has increased even in rural America – but rather grounded in what might more aptly be called “tradition.” By cultural conservatism, I mean simply that rural communities – which contribute a disproportionate share of America’s military recruits and, with suburban America, account for 70 percent of America’s white evangelical protestants – tend to prioritize faith, family, and flag far more than their urban counterparts.

These are not issues the left has embraced over the past several decades, ceding kitchen table issues and matters of patriotism to the right as its base has become more urbane and cosmopolitan. For many in rural America, however, marriage, faith, and family have been the most stable, consistent, and important institution in their lives – providing safety, security, community, and a sense of belonging.

This reflects in material reality: married individuals tend to earn more than unmarried individuals, and “states with more married-parent families… have higher per capita GDP, upward income mobility, lower rates of child poverty and higher family incomes than those with fewer married couples,” according to a 2015 study by the Brookings Institute.

This does not mean that the left should abandon the fight for equality. Homophobia and misogyny should be excised from our body politic, root, and stem. But for many on the left, “family values” is a dog whistle to be avoided rather than a mantle to be claimed.

This is a problem. Solving it necessitates a complicating of left-wing perceptions of rural Americans beyond – as then-Senator Barack Obama once put it – “bitter” people “cling[ing] to guns or religion or antipathy to people who aren’t like them.”

Obama used religion like it was a four-letter word (despite himself being a churchgoing Christian). That perception of hostility to people of faith still plagues Democrats. It’s no wonder: a study by the Carsey School of Public Policy at the University of New Hampshire found that rural Americans are more likely to attend church regularly, with Southerners attending more frequently than any Americans from any other region. “Not surprisingly,” the study finds, “given the small-town life of rural residents, the church is a focal point for many, a place where neighbors worship, socialize, and reflect on the state of the country.”

These churches are often evangelical and frequently conservative, as mentioned earlier. By serving as community hubs, building relationships, and fellowship, these rural churches create a conservative echo chamber where the only voices likely to be heard are conservative.

The church also serves another important function in our neoliberal state: a social safety net. As far back as 2013, the Smoky Mountain News was reporting on faith-based services filling the gap left by a shrinking social safety net in Haywood County, North Carolina. The Substance Abuse and Mental Health Services administration includes more than 800 faith-based organizations among its grantees. Nearly two-thirds of Feeding America’s partners are faith-based. And while according to a HUD report, liberal congregations are more likely that conservative ones to engage in social services, most of these liberal congregations are going to be in urban areas; rural congregations tend to be more conservative.

Meanwhile, the left largely abandoned rural America – a fact that those on the coasts like Winslow don’t want to accept. When I lived in North Carolina’s Third Congressional District, a largely rural district running along the coastal plain, the Democrats did not even field a candidate for the U.S. House. How can you win if you don’t even run?

Democrats have seemingly given up on rural America, a fact that rural voters acutely feel. “[T]he national Democratic Party has not offered rural voters a clear vision that speaks to their lived experiences,” Bill Hogseth, who serves as the chair of the Dunn Party Democratic Party in Wisconsin, wrote shortly after the 2020 election. “The pain and struggle in my community is real, yet rural people do not feel it is taken seriously by the Democratic Party.” Instead, voters feel contempt from the party whenever they’re told to vote in their own interests.

Right now, the left in general and the Democratic Party in particular are talking down to, not with, rural America. To win here will require a fundamental reset in the way the left treats us. It will require meeting the material needs of the people who live here and of understanding the culture in which rural voters live – one that is different than urban and suburban Americans in some fundamental ways.

The only way to win the hearts and minds of the people here is to actually come and engage with these folks. You can start by supporting progressives in rural America who are doing the work – because we are here, and we could use your help. But not your paternalism. Not your condescension. And not your ridicule.


This article was originally published by The Daily Yonder.

Skylar Baker-Jordan is a freelance writer whose work has appeared in The Independent, Newsweek, Business Insider, and elsewhere. He currently lives in East Tennessee

This article first appeared on 100 Days in Appalachia and is republished here under a Creative Commons license.