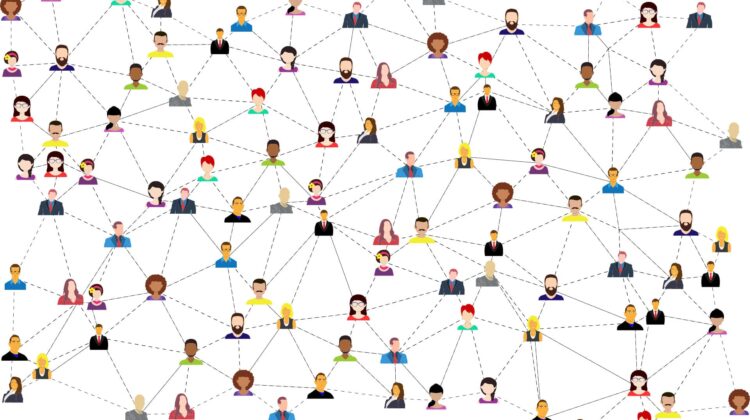 Amazon reportedly plans to lay off 10,000 employees, following Twitter and Meta’s lead; the question is: how will big tech conduct mass layoffs across borders?


As big tech’s share prices fall and companies scramble to cut costs by slashing head-counts, a dot-com bust 2.0 is gathering speed and the world is along for the ride. However, since these multinational companies have international teams protected by different labour laws, layoffs in tech won’t happen quite as quickly as Elon Musk tweets about them.


Here’s a breakdown of tech’s biggest layoffs in 2022:

Meta, the parent company of Facebook, Instagram, and Whatsapp, announced on November 8 that it would make 11,000 employees redundant, which amounts to approximately 13% of its global workforce. This marks the first mass layoff in the company’s history.

This cut is expected to be proportional across the board; no department or team will bear the brunt of the layoffs. This means that 350 jobs are expected to be cut in Ireland, where its European headquarters are located, and 650 people could be let go from the team based in the UK. Meta has not yet confirmed these figures.

For its American employees, Founder and CEO Mark Zuckerberg has offered 16 weeks of pay with an additional two weeks for every year worked and six months of health insurance.

For its European staff, Meta has said that the timeline and process for redundancies at Dublin HQ will be defined by Irish Government guidelines, which will see affected employees entering collective consultation.

Collective consultation is the required redundancy process for nearly every European jurisdiction and the UK.

During a consultation, employers must meet with a company’s union representative or someone elected by employees to discuss the reasons for laying off workers, how to keep the number of layoffs to a minimum, and how to limit the number of affected employees.

Amazon has also started reducing its workforce. It stated on November 16 that it had cut roles from its devices units, which is chiefly responsible for Amazon’s Alexa, the voice controlled home assistant device which Amazon frequently sells at a loss.

This is likely just the beginning for Amazon, as the New York Times reported this week that the company is planning a round of mass layoffs. According to their sources, Amazon is targeting up to 10,000 roles from its global workforce in upcoming weeks and months. This total, which represents about 3% of its total employees, would mark the largest round of layoffs in its history.

How exactly Amazon will go about announcing redundancies internally and completing the required processes both in the States and abroad is still unclear. However, like all companies, it must follow all locally relevant statutory guidelines on redundancy proceedings.

In the United States, EU, and UK, a company faces the possibility of being taken to court for unfair dismissal if redundancy procedures are not followed correctly. If the employee wins, they are entitled to compensation, although the maximum amount that can be claimed varies from country to country.

This price tag might not be a problem for tech giants that want to take the risk, but it is almost always higher than the cost of the redundancy procedure and severance itself. If companies are looking to save money by means of these mass redundancies, it is almost always more cost-effective to do so legally.

Twitter has laid off half of its 7,500-person workforce since Elon Musk took the reins of the company on October 27. On November 16, the rest of Twitter’s staff were given an ultimatum by their new CEO: work “long hours at high intensity” or get out. Employees can indicate agreement to Musk’s terms by clicking a link sent to their email addresses.

In the United States, the cuts happened nearly overnight. Affected workers were notified by email and quickly locked out of their company accounts.

Twitter is already facing a lawsuit in the States over how it conducted these layoffs, as former employees allege they were not given proper notice under US federal law. According to the federal Worker Adjustment and Retraining Notification (WARN) Act, mass cuts by large employers require 60 days of notice.

Some previous employees also say that even this gesture has not been followed through in any meaningful way, with many awaiting further details about the specifics of their severance packages.

In other parts of the world where Twitter has employees, the reductions are likely to take longer, as the company must abide by various foreign labour regulations. Generally, labour laws in the EU and UK, where the company had several hundred employees as of last year, grant workers stronger protections against termination than in the US.

In the UK, Twitter has announced its intention to carry out the legally mandated process of collective consultation. If nothing else, this is perhaps a sign of Twitter’s reluctance to be handed any fines; the UK team were only given three days to nominate someone to represent them in a formal consultation about their employment.

The UK still operates with labour laws that were originally informed by EU directives, and the same redundancy regulations that Twitter is following in the UK apply elsewhere in Europe. However, Musk has already laid off large swathes of its workforce in Dublin, Brussels, and other European offices.

Perhaps the biggest upcoming legal concern for Twitter in the EU marketplace will not be the legality of its layoffs, but staying compliant with new EU regulations after reducing its team in Brussels.

The office in Brussels was Twitter’s main point of contact with the regulators who are working on upcoming EU-based legislation. Only two people remain in the wake of this round of layoffs. Now, all signs are pointing to a crash collision between Twitter and the EU’s Digital Services Act, which came into effect yesterday.

Most Big Tech CEOs have chosen to play it safe so far, opting for legal redundancy proceedings over possible lawsuits and fines. Musk, on the other hand, is choosing to risk fines for mismanaged redundancy and GDPR non-compliance, all for the sake of cutting labour costs. The world will be watching how his gamble plays out.


Author: Grace Stinson
Grace is an Editorial Intern at Impakter and a graduate of the University of Edinburgh, having obtained her MA in Classics last year. Originally from New Hampshire in the United States, she currently works and resides in London. Grace enjoys writing about literature, health, and travel. Her passions include knitting, long-distance running, and exploring the great outdoors.