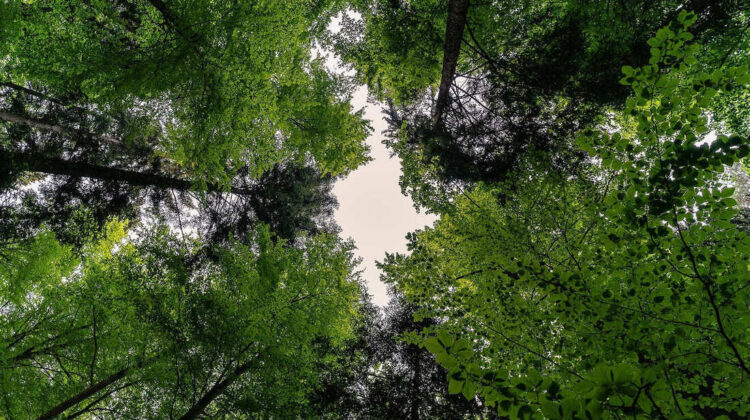 World Wildlife Fund is exposing the environmental impact behind our favorite foods.

How much do the supply chains for beef, coffee and paper each contribute to the climate crisis? The World Wildlife Fund’s (WWF) Market Institute is attempting to answer that question with a collection of reports on 10 globally traded commodities, detailing the greenhouse gas (GHG) emission “hot spots” associated with each step of their supply chains. The commodities — beef, chicken, tuna, salmon, shrimp, maize, soy, coffee, palm oil and pulp and paper — were determined to represent a variety of food from row crops to livestock to wild caught fish.

The purpose of these reports is to “target mitigation to the appropriate operations and geographies,” according to Jason Clay, executive director of the Markets Institute, in his forward. He states that 80 percent of food emissions need to be cut by 2050 to keep global temperatures below 1.5 degrees C while simultaneously producing more food to support a growing global population. Each commodity, whether grown from soil or raised in the ocean, is broken down to each stage necessary for production and distribution.

WWF released the 10 reports together in October to emphasize that from beef to maize, no single food exists in an echochamber. The GHG contribution of food and agriculture adds up to a commonly cited number of one-third of all global emissions released each year.

Disclaimer: I’m an attributed co-author of the coffee report but did not participate in reports for other commodities.

Emily Moberg, director of scope 3 carbon measurements and mitigation at WWF and lead researcher on the project, spoke to GreenBiz about the ultimate goal of the commodity reports, emphasizing how important it is for companies to conduct hotspot analyses before making any emissions-based decisions, “because sometimes there’s something that’s just out of the boundary of what you were thinking about that can be really impactful.”


“80% of current food emissions need to be cut by 2050 while simultaneously producing more food to support a growing global population.”


It’s likely that the general public won’t glean much from the reports, which are liberal with scientific jargon. Instead, the information is meant to help inform major food distributors and retailers about the often overlooked or disregarded GHG emissions-heavy stages in their product’s value chain. What distinguishes these reports is their framing of the data itself; WWF presents the lifecycle of each commodity, introducing each stage of the supply chain as chapter of a story.

Some data may come as a surprise. The decarbonization of the transportation sector is vitally important to mitigating the climate crisis. However, the reports found the actual associated emissions from the transportation of commodities to be relatively negligible to their overall individual value chains. “In general, [the impact of] food [transit] miles isn’t as big as I think our collective consciousness thinks it is,” Moberg said.

Rather, excessive emissions occurred in seemingly innocuous places. For instance, Moberg cited the exorbitant energy consumption associated with cafes and restaurants leaving coffee makers plugged in and idled overnight. The energy required to heat and keep water warm for coffee can reach the equivalent of nearly 15 miles of driving by an a gasoline powered car, according to the reports. By itself, this impact appears minimal. But the combined impact of coffee brewing apparatuses in cafes and restaurants across the world, each with the individual potential to emit a 15-mile drive, quickly escalates this number to untenable heights.

Across all 10 commodities, the biggest contributor to GHG emissions was land use change, or the clearing of native land (often via deforestation) for farm or grazing purposes.


“WWF specifically presents each commodity as a life cycle, introducing each stage of the supply chain as another indelible chapter of a story.”


The rate of commodity-driven deforestation and conversion has increased or stayed stubbornly high” in the two years (2020-2022) Moberg has worked on these reports. Aside from the horrific impact that habitat loss has on native species, removing trees and overturning of soil releases captured carbon dioxide. Forests are known as carbon sinks because they capture and store exorbitant amounts of greenhouse gas, so without a forest, the CO2 builds up in the atmosphere.

The well known case of deforestation for cattle grazing in the Amazon rainforest is only one example. Palm oil production and logging for timber are often connected, according to the reports, which found that companies used the capital and newly cleared land associated with logging a site to later fund the development of a palm oil plantation. The reports illustrate how individual value chains of commodities impact overall GHG levels and they often reinforce one another, creating harmful cycles.

Another major hotspot for emissions was found by WWF to come from what Moberg called “organic effluent degradation.” Essentially, the organic wastes accumulate and degrade, emitting greenhouse gasses as they break down. Moberg stressed that there’s organic waste in just about everything, including animal manure, decaying leaves from crops and fish from aquaculture. Measuring the release of different toxic gasses from manure and crops is already an established practice, but the potential impact from farming fish is still unknown. “There’s still a big open question about how some of the uneaten feed and fecal matter [in aquaculture] actually releases methane and nitrous oxide,” Moberg said. In other words, the impact could be either negligible or catastrophic.

The WWF reports are meant to demonstrate that big question marks still remain in regards to many aspects of the global food system’s environmental impact. Food distributors deciding who interacts with any step of that system can read the applicable report to help focus on which areas to prioritize, she added.

Ultimately, Moberg emphasized that the numbers in the reports aren’t chiseled in stone. “Things are always changing and evolving,” says Moberg, who hopes that decision makers reading the reports can support that evolution in a positive manner.

Leah Garden is a climate and tech journalist and the former Environment Fellow with Young Professionals in Foreign Policy. She has written for The Daily Beast, The New Republic, Modern Farmer, and others, reporting on topics ranging from the sustainability of bioengineered food to the possibility of growing meat during long-haul space missions. Leah has a master’s degree in Sustainability Management from American University and is an alumna of the Freeman College of Management at Bucknell University.

Credits: This article by Leah Garden, https://www.greenbiz.com, is published here as part of the global journalism collaboration Covering Climate Now.