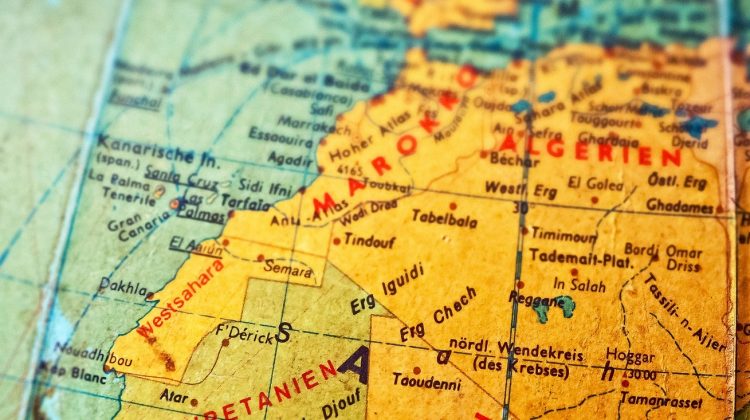 Western Sahara was a colony belonging to Spain until 1975, and was annexed by Morocco after the withdrawal of the Spanish, although this annexation is not recognized by most states. For 46 years, the Polisario movement there has been fighting for independence from Morocco and its policy. Until recently, Spain supported the demand for a referendum in Western Sahara, but in March 2022 Spain changed its policy and suddenly sided with the Moroccan government, which wants to prevent its independence.


Morocco has always resisted independence for Western Sahara and is seeking international support for a proposal made in the year 2007. It envisions limited autonomy through a decentralized government in Western Sahara that would have tax collection and budgetary powers. However, the important areas of foreign policy, security, and defense would remain with Morocco.

The Polisario Front, the political representation of the Sahrawi people, rejected this proposal. They demand complete independence from Morocco. Over the past 46 years (that is how long the territory of Western Sahara has been occupied by Morocco), proposals to resolve the situation have been put forward repeatedly by both sides in the UN-led political process. Until now, these proposals had been without result. Morocco prevented the UN referendum on the independence of Western Sahara. This UN referendum has been requested for decades. The Polisario, on the other hand, advocate a fair vote for their country.


What led to the swing in Spanish Western Sahara policy?

In late 2020, the U.S. administration under President Donald Trump recognized Moroccan sovereignty over Western Sahara. This was the exchange for Morocco’s official recognition of Israel. The successor government under President Joe Biden considers the Moroccan proposal “serious, credible and realistic” as Euractive recently reported.

In mid-March 2022, Spain’s Prime Minister Pedro Sánchez supported the Moroccan proposal in a letter. Until then, Spain had remained neutral. Just like Algeria, Spain had supported the UN referendum on the future of Western Sahara.

The concession by Prime Minister Sánchez was followed by an internal political discussion within Spain, and a quarrel with Algeria. However, Spain has been very dependent on Algeria, especially since the Russian invasion of Ukraine: particularly as a supplier of oil. Algeria immediately recalled its ambassador to Madrid, and the Polisario halted diplomatic contact with Spain. The only solution to the conflict would be for Western Sahara to become independent and for the Sahrawis to gain sovereignty over their land, according to Abdulah Arabi, head of the Polisario Front delegation in Madrid.


The conflict between Spain and Morocco escalated

Spain’s relationship with Morocco reached its new low in May 2021, when Brahim Ghali, the president of the Sahrawi Arab Democratic Republic (DARS) (i.e., the leader of the political representation of the inhabitants of Western Sahara, the Polisario Front) fell ill with covid. He was then treated in a Spanish hospital. Morocco took this as an affront and promptly responded by opening its borders to the Spanish enclaves of Ceuta and Melilla to some 10 thousand migrants.

Morocco used these people as a “weapon” to blackmail Spain. In addition, both Ceuta and Melilla are geographically sensitive areas with high economic activity in the region. Moroccan ownership of these territories has always been at stake. This geopolitical pressure arguably led to Spain’s concessions to Morocco. However, MEPs such as the leftist Miguel Urbán Crespo say that Spain’s position is nothing new. No one just had said it publicly before.


Spain goes from negotiator to problem, Morocco continues to terrorize the Sahauri

After the incident, the prime minister of Spain visited Morocco and the kingdom reaffirmed its commitment to control its borders and not make claims on Ceuta and Melilla. With these compromises, however, Spain goes from being the negotiator to being part of the problem. Many oberservers see reinforcing Morocco’s 46-year ongoing annexation of the Western Sahara territories as a betrayal of Spain’s historic responsibility to the Sahrawi people.

The possibility to first achieve autonomy and then continue to fight for its own independence is the Moroccan proposal for Western Sahara. However, no one is stopping Morocco from already treating Sahrawis living in Morocco with respect for human rights. Instead, they torture, imprison, these activists or let them disappear without a trace. The government gives the Sahrawis living in the occupied territories only Moroccan documents, if at all.


Maroccan wall in Western Sahara: One of the largest actively mined zones in the world

The areas around the wall built by Morocco through the Western Sahara are among the most mined in the world. It is also evident that new land mines have been laid following the ceasefire. This indicates the date of their creation on the mines themselves. This situation is extremely problematic, especially for those who live a nomadic lifestyle. The land mines are responsible for numerous victims, including children.

So is it possible that Morocco wants to create a serious, peaceful solution, as Sánchez acknowledges? The human rights situation in the occupied territories of Western Sahara casts doubt on this. Morocco’s refusal to hold a UN referendum is also unfavorable.


The humanitarian situation of the refugees is catastrophic

For all those Sahrawis who did not remain in the occupied territories, the alternative was exile. Most of them fled across the Algerian border to Tindouf in the Sahara Desert. There they have lived as refugees for more than 46 years in the harshest conditions. No water resources, no vegetation, sharp temperature differences between morning and evening, frequent sandstorms and a flash flood every 4 years. In comparison, their own land would be rich in raw material and fish resources, and there are water resources and cultivation possibilities.

To get an idea of the situation on site, an EU delegation recently traveled to the camps and stayed with families for a week. It consisted of MEPs from four different political groups and three different party factions. The EU-SPÖ delegation leader Andreas Schieder, chairman of the Western Sahara Working Group in the EU Parliament, and Hannes Heide from Bad Ischl represented Austria.

“WHILE THE HUMANITARIAN SITUATION IN THE REFUGEE CAMPS IN INCREASINGLY DETERIORATING, ATTEMPTS TO FIND A SOLUTION ARE MOVING TOO LITTLE. ABOVE ALL, THERE IS A LACK OF INTERNATIONAL MEDIA PUBLICITY FOR THE CONFLICT.”

In addition to the official political meetings with Algerian government representatives and the parliament and president of the Polisario, the agenda also included exchanges with the UN refugee agency UNHCR, the UN Western Sahara Mission MINURSO and the World Food Programme. There is a lack of proper care in the camps due to a lack of funding but also a massive shortage of health personnel. The distributions of the already meager food rations is not possible. With only half of what should be provided per person is actually being distributed. These are only basic supplies, such as fresh food and fruits and vegetables, which are important for a balanced diet. As a result, malnutrition for children often begins in the womb.

Nevertheless, it has been possible to build up civil society structures such as a government-in-exile proving democratic, precise, and grassroot manner. More than a third of the members of the Sahrawi parliament are women. One of them is Abida Hadia, who lived in Vienna Floridsdorf for three years and completed her education there. Now she works in the Sahrawi Ministry of the Interior and was excited to be able to use her German skills again during the visit of the EU delegation.

The Sahrawi live openly, organized according to Western Saharan standards of democracy. They have the right to freedom of speech and lived gender equality. Nevertheless, we must publicly question why they courted the oppressor Morocco is on political stages and rewarded Morocco with trade agreements. The “political change of direction” of the Spanish Prime Minister Pedro Sánchez was “not a political change of direction of the European Union”, Schieder affirms. The EU should also have an interest in ending the conflict, he said. An EU court had recently suspended an association agreement with Morocco because of unresolved issues and policies in Western Sahara. The Polisario Front proves right such as the rulings in 2016 and 2018. The EU heads of state appealed the ruling. Next autumn the ECJ will announce a new decision.