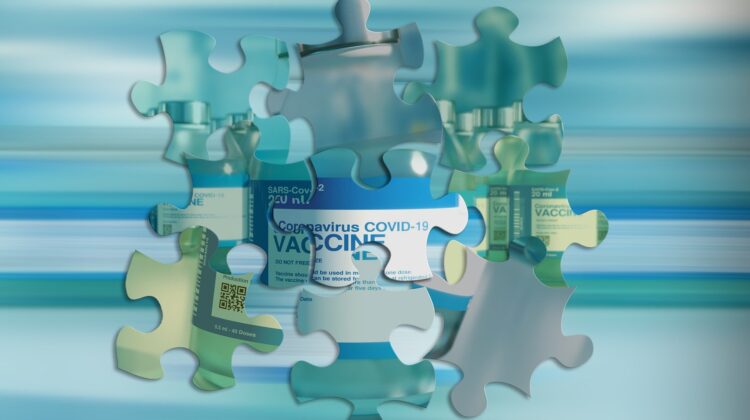 With President Biden’s addition of 100 million more doses of the Johnson & Johnson vaccine to the nation’s vaccine stockpile, the U.S. is now likely not only to meet its target of vaccinating all adults by June, but also to have a surplus in the millions of doses to share with other nations.

The recent announcement that the U.S. plans to “loan” Mexico 2.5 million doses of the AstraZeneca vaccine is a promising start, but as the U.S. rolls out a larger strategy of vaccine diplomacy this summer, it will be faced again with an important question: who’s first?

To that, there’s an easy answer: Mexico first.

Why Mexico, when so many other countries are so desperately in need?

The justification can be summarized in three words: fatalities, flows and friendship.

Mexico has been hammered by the coronavirus. Of 20 countries most affected by COVID-19, Mexico has the highest mortality rate, with 9 deaths per 100 confirmed cases. This is four times the U.S. rate. With more than 2.1 million confirmed cases as of March 2021, Mexico ranked 14th among the world’s most infected nations, third globally for deaths.

Mexico’s vaccination campaign is cobbled together from a pastiche of supplies purchased from Russia, China, Great Britain and the U.S., much as yet undelivered. COVAX, the World Health Organization’s vaccination initiative, could help, but 156 nations are already in the queue.

It will be remarkable if Mexico manages to vaccinate its 126 million people by summer 2022 without help.

To understand why Mexico’s glacial vaccine rollout matters to the U.S., we must talk about flows.

From tourism to trade, we are linked

There are other flows. Tourism draws millions of Americans southward annually. Even now, Mexico is bracing for a wave of youthful American spring-breakers in the thousands eager to bathe on the beaches of Mazatlán and Puerto Vallarta.

An estimated 1.5 million Americans reside in Mexico, inhabiting communities like San Carlos, Sonora, Lake Chapala, Jalisco and San Miguel, Guanajuato. Many of these expats periodically travel stateside. As they move, so does the virus.

Family and friends should also drive U.S. assistance. If ever there was an amalgam of necessity and fraternity, it is found across our shared 1,954-mile boundary and the relations that bind them together.

Mexico is our second largest trading partner and the motherland of 62% of our largest ethnic minority, the Latinx population of the United States. Mexico is also a staunch strategic ally on whom America depends to help solve many common problems.

These ties are hypervisible along the boundary. Sister cities like El Paso and Ciudad Juarez are interdependent, commingled and commingling daily. Border cities are homes to many families with grandparents, siblings, aunts, uncles, children and parents in both counties.

Border retailing relies on these cross-boundary visits. Restoring any kind of familial and retail normalcy requires vaccinating the 15 million residents along the boundary.

We can’t solve this without Mexico

In short, border communities cannot solve their health crisis locally without solutions nearby. Controlling the virus on the border is an international endeavor.

So, should Mexico continue to be favored as the U.S. rolls out its vaccine diplomacy? You bet it should.

The planned loan of AstraZeneca doses will only chip at the surface of Mexico’s urgent virus predicament, necessitating a more comprehensive binational strategy. U.S. self-interest alone should make the binational vaccine campaign a priority. Moreover, few gestures of goodwill could do so much to restore Mexico’s Trump-trampled faith in its North American neighbor.


Author:
Irasema Coronado is director of the School of Transborder Studies at Arizona State University. Eva Moya is associate professor of social work at the University of Texas at El Paso, Texas where she specializes in border health and community engagement. Stephen Mumme is professor of political science at Colorado State University and a past president of the Association for Borderlands Studies.