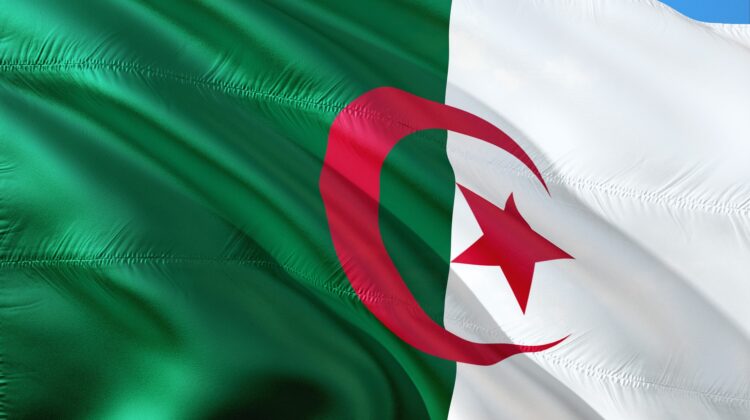 “All Americans have a soft spot in their heart for a people who want and pursue and fight for their own liberty,” Esper said following lunch at the presidential palace in the hills above the Mediterranean.

The last U.S. defense secretary to visit Algeria, open only to limited outside commerce and tourism, was Donald H. Rumsfeld in . In , Secretary of State Hillary Clinton made a brief stop before a longer stay in Morocco, rankling officials in Algiers.

Pentagon officials say they see an opening to expand U.S. defense ties with Algeria and, they hope, counteract growing Russian influence across Africa.

While a significant military regional military power, Algeria buys virtually no American military gear, bridling at U.S. conditions on armament exports. The only American troops in the country are stationed at the embassy. The country does not invite U.S. forces to conduct major training missions, as other regional nations do. The Algerian government, which fought a bloody war against extremists in the s, sees little benefit in the kind of counterterrorism training that other countries have scrambled to receive from the U.S. military, analysts say.

Its preferred defense partner, instead, is Russia, from whom Algeria buys percent of its weaponry.

Algeria’s long-standing defense ties with Moscow offer a template for what U.S. officials fear will become more the norm across Africa, as Russia pours weapons, mercenaries and money into nations on the fringes of Europe and elsewhere.

In Libya, as in Syria, U.S. officials say that Russian fighter jets and mercenaries are helping to fuel a prolonged civil conflict. For-hire forces employed by the Kremlin-linked firm Wagner have appeared in sub-Saharan Africa as well, including in the Central African Republic and Uganda.

Moscow is also courting U.S. allies in the Middle East, advancing deals to sell advanced weapons to Saudi Arabia, Egypt and other countries despite U.S. objections.

Russia’s expansion comes as the Pentagon labors to shift its focus toward what officials see as the growing threat from China and, to a lesser extent, Russia. While Pentagon leaders have said they may reduce forces in Africa as part of a troop shake-up associated with that shift, they also say they’re concerned about Russia and China projecting their power across the continent.

In remarks a day earlier at a U.S. military cemetery in neighboring Tunisia, where thousands of troops who died in North Africa in World War II are buried, Esper stressed that threat, saying that the international order established in the decades since that fight were “under duress in this era of great power competition.”

“Today, our strategic competitors China and Russia continue to intimidate and coerce their neighbors while expanding their authoritarian influence worldwide, including on this continent,” he said. “The United States’ enduring partnership with like-minded countries — including here in North Africa — is key to addressing these challenges.”

According to Col. Chris Karns, spokesman for U.S. Africa Command, Russia has dramatically increased access agreements in Africa and is the region’s top arms supplier. Against that backdrop, U.S. officials are trying to make the case for African leaders to choose U.S. rather than Russian or Chinese partnerships in defense, saying superior U.S. weaponry and training will be a benefit, even if they come with more strings attached, like verification under “end-use monitoring” or human rights rules.

Like it has elsewhere in Africa, China has also made significant investments in Algeria, especially in infrastructure.

Geoff Porter, founder of North Africa Risk Consulting, said he believed the chances for a significant expansion in defense ties in Algeria were slim.

“Gestures are important in Algeria and a barnstormer is not going leave the Algerians thinking that the U.S. is really their new best friend,” he said. “Will Algeria sell Esper’s visit for domestic consumption? Yes, definitely. Will his visit really change the relationship between Algiers and Moscow? No, not really.”

Another determinant of whether Algeria embraces a stepped-up U.S. partnership will be its political direction. Tebboune, who took office late last year following protests that toppled the longtime former president, Abdelaziz Bouteflika, has voiced hopes for economic and political reform. But analysts say it is unclear if meaningful change will occur.

In one possible change that could point to a more flexible foreign and military policy, a proposed new Algerian constitution would allow participation in peacekeeping missions outside its border.