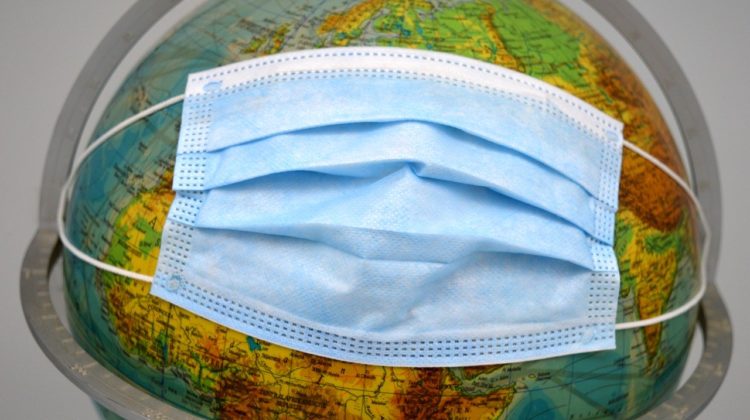 Elections have consequences. Some of those consequences affect our health and that of the biosphere, the thin, living shell covering Earth.

Those impacts increased after our last presidential election. The next election will likely cause even more impacts.

Early this year, President Donald Trump claimed “nobody could have predicted something like (COVID-19).”

Yet COVID-19 is the third coronavirus to jump from natural hosts to humans in the last two decades. SARS1 made the jump in 2003, likely at a live animal market, just as COVID-19 apparently did. MERS jumped in 2012. Viruses like influenza H1N1, which killed 12,469 Americans, also have made the jump since 2000.

Americans aren’t “sick and tired of winning,” as candidate Trump promised; we tire of being sick and dying.

Candidate Trump vowed to “cancel” the Paris Climate Accord. As president, he announced America’s withdrawal from the accord. His decision takes effect the day after next month’s election.

The Northern Hemisphere just experienced its hottest summer ever recorded, according to NASA.

Antarctica and Death Valley, California, recorded their highest temperatures ever this summer. Phoenix, Arizona, recorded 50 days of temperatures over 110 degrees F, breaking its 2011 record by 17 days.

California suffered its worst wildfire season on record while Hurricane Laura lashed the Gulf Coast with 150 mph winds and 15-foot storm surges. We have exhausted the list of hurricane names this year and are now working our way through the Greek alphabet.

As candidate Trump promised, he rolled back regulations reducing greenhouse gas emissions, increasing the global warming they cause.

The administration rolled back vehicle greenhouse gas emission standards. It eliminated regulations to detect and repair leaks of the potent greenhouse gas methane at processing facilities.

It repealed the Clean Power Plan.

This is not a stealth campaign. Candidate Trump made his intentions to take these actions clear.

Of COVID-19, President Trump said on February 28, “It’s going to disappear. One day — it’s like a miracle — it will disappear.” Only nine Americans had died of COVID-19 by then.

Miracles, by definition, violate the Laws of Thermodynamics. They are above or beyond nature, i.e. supernatural. The 206,000 Americans who have died of COVID-19 since then could have used that promised miracle.

Confusing weather and climate, President Trump assured attendees at a recent California wildfire summit that “It’ll start getting cooler. …You just watch.” An attendee responded, “I wish science agreed with you,” to which Trump said, “Well, I don’t think science knows, actually.”

Science knows. It’s a simple application of the Laws of Thermodynamics. Global temperatures are 2 degrees F higher now than at the start of the Industrial Revolution. That warmer atmosphere holds more moisture causing more extreme draughts and storms.

Rather than counting on miracles, we need science-based policies that confront global pandemics and climate change. We need scientifically literate citizens to vote for candidates embracing such policies.

This American carnage must stop.


Steve Rissing is a professor emeritus in the Department of Evolution, Ecology, and Organismal Biology at Ohio State University. steverissing@hotmail.com