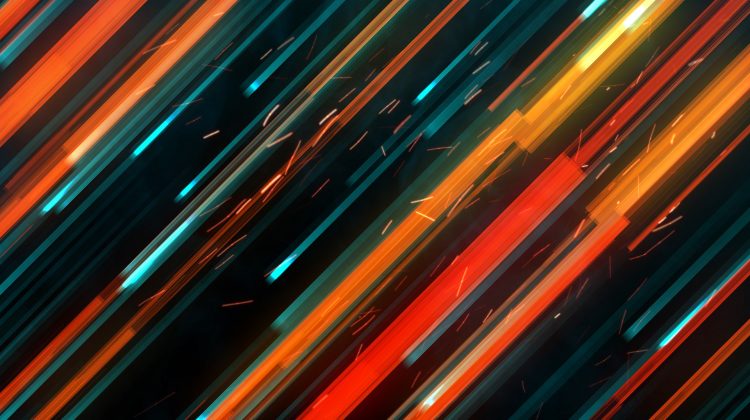 On a recent stroll to his local supermarket in the southern German town of Bayreuth, Christian Laforsch decided to count how much plastic trash he passed.

‘It was 52 pieces on only a normal walk,’ said Professor Laforsch, an ecologist at the University of Bayreuth. ‘The problem starts indoors before moving outside. If you open your door and look out onto the street, you will see plastics.’

Over time, plastic waste is weathered and breaks down into minute fragments – with those measuring less than 5 millimetres in diameter defined as microplastics. Much about their threat to the environment and human health remains unknown.

The lack of knowledge is particularly pronounced when it comes to soils and freshwater, with research to date tending to focus on microplastics in oceans. Yet terrestrial microplastics pollution may be four to 23 times higher than it is in seas.

‘We started as researchers in the marine system, then we went on to the freshwater system and terrestrial ecosystems,’ said Laforsch.

Interest in microplastics pollution in soils has grown over the past few years.

‘People who work in environmental sciences found that microplastics are everywhere,’ said Dr Nasrollah Sepehrnia, a soil physicist at the University of Aberdeen in the UK.


However, investigating their effects in ecosystems such as soils is challenging.

‘Monitoring and tracing such materials is complex, and their fate in soil is not clear,’ said Sepehrnia. ‘But very likely they find a way to go into our food chain – and may impact our climate and the environment.’

Progress on the research front could help pinpoint ways to reduce microplastics and any effect they have on human health. With the EU recently proposing to limit the use of microplastics in industry and the United Nations calling last month for countries to work towards eliminating plastics pollution, research could also help determine the most important areas for further regulatory action.

The EU-funded TRAMPAS project that Sepehrnia works on is investigating microplastics pollution in soils. The focus is on the biological, chemical and physical impacts, including the potential effects on pathogens.

The surface or pores of microplastics can create artificial habitats for disease-causing organisms and protect them against harsh external environments, according to Sepehrnia.

‘Microplastics in soil could be a good harbour or shelter for other contaminants, potentially increasing the life of pathogens,’ he said.

The project will use a new approach to monitor the movement of bacteria, harnessing synthesised DNA to track how organisms are transported through the soil on microplastics and where they end up.

Studying microplastic particles measuring 1.5, 3 and 5 mm, Sepehrnia’s team noticed that the smaller the particle, the longer the contaminants such as bacteria appear to stay in soil.

‘When we have such information, it helps trace the contaminants’ fate,’ he said. ‘We can then use it to define management practices and regulations.’

Microplastics in soil may even play a role in global warming.

Plastics release greenhouse gases as they break down in soil. In addition, bacteria that hitch a lift on microplastics might contribute to increasing the amount of carbon dioxide released.

On top of this, work by TRAMPAS indicates that changes in the surface of degraded microplastics can make soils hydrophobic and, as a result, harder for water to permeate.

After microplastics move through the soil or arrive from other sources such as sewage treatment plants and runoff from streets, they often end up in streams and rivers before flowing into the sea.

The EU-funded LimnoPlast project led by Laforsch is focusing on microplastics in freshwater bodies. The team is investigating the sources, impact, removal options and possible policy responses of this invisible invader.


So far, LimnoPlast has discovered that some biodegradable plastics are potentially as harmful as traditional plastics. As a result, analysing the whole mix of constituents in finished plastic products is important, according to Laforsch.

A challenge is that microplastics are a diverse set of contaminants of varying polymer types, sizes and shapes rather than a single material – so it’s important to investigate these differences. Knowing more about them will help to inform manufacturing practices and EU regulation of the most harmful microplastics.

‘It might be that only some of those properties are responsible for the effects we see,’ said Laforsch. ‘If we know which properties do most harm, we can be more focused on these when it comes to the design of new polymers.’

LimnoPlast is testing a removal method that uses an electric field to isolate microplastic particles in wastewater.

The researchers are also developing new biodegradable polymers made from orange peels.

‘It’s hard to say when we will be successful in having a new material, but at the moment things look promising,’ Laforsch said.

Beyond hoping to lay the ground for an improved European legal framework for microplastics, LimnoPlast is training a new generation of interdisciplinary scientists in the field who have an understanding of the wider societal context of microplastics.

The project brings together experts with backgrounds in environmental, technical and social sciences from 14 research institutions and organisations across Europe – including Denmark, France, Germany, Slovenia and the UK.

‘You cannot tackle an environmental issue only by looking the natural-science part,’ said Laforsch. ‘You have to include social sciences and all the legal aspects.’

Expanding on that idea, he highlighted a need to think in a joined-up way across ecosystems too.

‘We should stop talking about it being a problem of the marine or the freshwater or the terrestrial system because it’s all interconnected,’ Laforsch said.


Research in this article was funded via the EU’s Marie Skłodowska-Curie Actions (MSCA). If you liked this article, please consider sharing it on social media.

“A Soil Deal for Europe” seeks, among other goals, to reduce pollution in the ground and protect the numerous species that live in it. Today, an estimated 60-70% of EU soils are unhealthy.

The Mission reflects soil’s role as a foundation for food production, fresh water, biodiversity and cultural heritage. 100 test sites, including on individual farms, will spearhead the Mission’s aim to transition to healthier soils by 2030.

“Restore our Oceans and Waters” aims to reduce pollution in European seas, rivers and lakes through research, innovation and – not least – public engagement.

In the push for broad interest and impact, the mission includes a charter that the European Commission is urging a wide range of actors to support. They include public authorities, philanthropists, investors, businesses, non-governmental organisations and academic institutions.

Read more about the EU’s Ocean and Waters Mission, here.