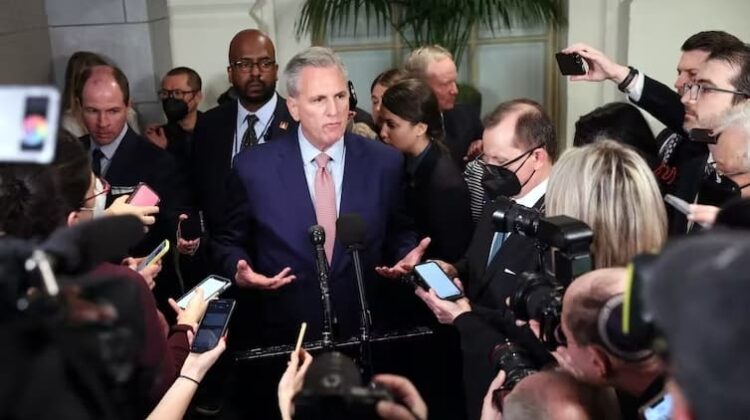 Kevin McCarthy, a Republican from California, has fought a battle with conservatives in his party for the speakership. Kevin Dietsch/Getty Images


Second in the line of presidential succession after the vice president, the speaker of the House occupies a central role in our national government. But what is it that a speaker actually does?

Most people think the speakership is a party office. It’s not. The speaker is selected by the full House membership, though the majority party’s voting power ensures that the role is occupied by one of their own.


From legislation to accounting

First, they are the most visible and authoritative spokesperson for the majority party in the House. Speakers articulate an agenda and explain legislative action to other Washington officials as well as the public. They oversee House committee assignments and collaborate with the powerful House Rules Committee to structure floor debate.

Second, the speaker manages business on the floor and navigates legislative rules, structuring House debate in a way that will advantage their legislative priorities. Adherence to strict rules and procedures is necessary to overcome the difficulty of managing a large legislative body like the House of Representatives.

Third, the speaker oversees everything from accounting to procurement for the House.

During the republic’s early years, the speakership gradually gained power. By 1910, Speaker Joe Cannon had centralized power to such an extent that many of his own party members rebelled. Power was redistributed to committees and lower-level party leaders.

By the 1970s, committees had gained such control over legislative outcomes that widespread reforms were adopted, which shifted power back to the speaker.

From 1977 to 1995, three successive Democratic speakers – Thomas “Tip” O’Neill, Jim Wright and Tom Foley – reinvigorated the speakership. They enlarged the party leadership structure, creating wider networks of loyalty among members of the majority party while strengthening support for their priorities.

Today, the role of the speaker is influenced especially by changes instituted by Speaker Newt Gingrich, who took the gavel after the 1994 elections.

Gingrich, a Republican, was overtly partisan in the role. He announced that, compared with past speakers, he was “essentially a political leader of a grassroots movement seeking to do nothing less than reshape the federal government along with the political culture of the nation.”

Since Gingrich’s tenure, speakers are often criticized as too partisan and too powerful, trampling minority party interests. But this is the nature of the job in today’s Washington.


This story was updated to remove outdated information.