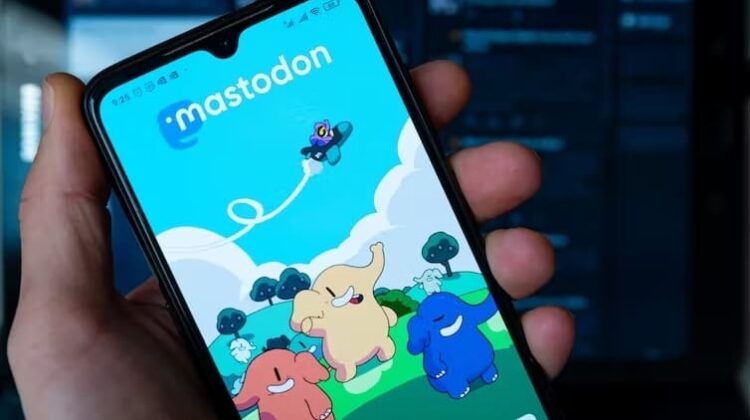 Twitter users who are fleeing to the social media platform Mastodon are finding it to be a different animal. Davide Bonaldo/SOPA Images/LightRocket via Getty Images


In the wake of Elon Musk’s noisy takeover of Twitter, people have been looking for alternatives to the increasingly toxic microblogging social media platform. Many of those fleeing or hedging their bets have turned to Mastodon, which has attracted hundreds of thousands of new users since Twitter’s acquisition.

Which dorm you’re initially assigned to can be somewhat random but still profoundly shapes the kind of conversations you overhear and the relationships you form. You can still interact with people who live in other dorms, but the leaders and rules in your dorm shape what you can do.

If you’re particularly unhappy with your dorm, you can move to a new housing situation – another dorm, a sorority, an apartment – that is a better fit, and you bring your relationships with you. But you are then subject to the rules of the new place where you live. There are hundreds of Mastodon servers, called instances, where you can set up your account, and these instances have different rules and norms for who can join and what content is permitted.

In contrast, social media platforms like Twitter and Facebook put everyone in a single, gigantic dorm. As millions or billions of people joined, the companies running these platforms added more floors and bedrooms. Everyone could communicate with each other and theoretically join each other’s conversations within the dorm, but everyone also has to live under the same rules.

If you didn’t like or didn’t follow the rules, you had to leave the megadorm, but you were not able to bring your relationships with you to your new housing – a different social media platform – or talk to people who stayed in your original megadorm. These platforms tapped into the resulting fear of missing out to lock people into a highly surveilled dorm where their otherwise private behavior was mined to sell ads.

In the Mastodon collection of servers, if you don’t like what someone is doing, you can cut ties and move to another server but keep the relationships you already made. This removes the fear of missing out that could otherwise lock users into a server with other people’s bad behavior.

There are a few factors that should put Mastodon servers under strong pressure to actively and responsibly moderate the behavior of their members. First, most servers don’t want other servers cutting ties entirely, so there is strong reputational pressure to police members’ behavior and not tolerate trolls and harassers.

Second, people can migrate between servers relatively easily, so the server administrators can compete to provide the best moderation experience that attracts and keeps people around.

Third, the technical and financial costs of creating a new server are much greater than the costs of moderating a server. This should limit the number of new servers cropping up to evade bans, which would avoid the endless “whack-a-mole” challenge of new spam and troll accounts that the big social media platforms have to deal with.


Not all milk and honey

The federated server model on Mastodon also has potential drawbacks. First, finding a server to join on Mastodon can be hard, especially when a flood of people trying to find servers leads to the creation of waitlists, and the rules and values of the people running a server aren’t always easy to find.

Second, there are significant financial and technical challenges with maintaining servers that grow with the number of members and their activity. After the honeymoon is over, Mastodon users should be prepared for membership fees, NPR-style fundraising campaigns or podcast-style promotional ads to cover server hosting costs that can go into the hundreds of dollars per month per server.

Third, despite calls for newspapers, universities and governments to host their own servers, there are complicated legal and professional questions that could severely limit public institutions’ abilities to moderate their “dorms” effectively. Professional societies with their own methods of verification and established codes of conduct and ethics may be better equipped to host and moderate Mastodon servers than other types of institutions.

Fourth, the current “nuclear option” of servers entirely cutting ties with other servers leaves little room for repairing relations and reengagement. Once the tie between two servers is severed, it would be difficult to renew it. This situation could drive destabilizing user migrations and reinforce polarizing echo chambers.

Finally, there are tensions between longtime Mastodon users and newcomers around content warnings, hashtags, post visibility, accessibility and tone that are different from what was popular on Twitter.

Still, with Twitter melting down and the long-standing issues with the major social media platforms, for many people the new land of Mastodon and the fediverse doesn’t have to be all milk and honey.