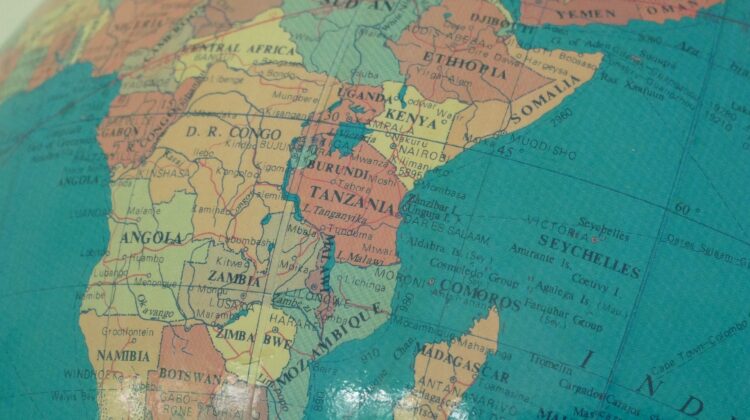 Countries across Africa could lose 14% of their per capita GDP to climate change by 2050 and 34% by 2100, even if average global warming is held to 1.5°C, according to a report released this morning at this year’s UN climate conference, COP 27, in Sharm el-Sheikh, Egypt.

On the world’s current emissions trajectory, which points to a roughly 2.7° increase, the losses would reach 20% by 2050 and 64% by 2100 for a continent already rocked by the impacts of the COVID-19 pandemic, rising interest rates, a deepening debt crisis, and austerity imposed by donor nations and institutions, concludes the economic analysis produced by the International Institute for Applied Systems Analysis for Christian Aid.

Sudan would face a hit of 84% by 2100 based on current global policies.

The report, released ahead of finance discussions during Wednesday’s COP deliberations, “lays out the grim economic future some of the poorest countries in the world will face,” the UK-based non-profit said in a release. “Climate change will rob African countries of the vital funds needed to tackle poverty, boost health care, and build the infrastructure that underpins economic development,” even though “Africa is the least responsible continent in terms of causing the climate crisis.”

At this year’s COP, government leaders and other negotiators must recognize “that climate change is already causing Loss and Damage as limits to adaptation are surpassed, and the terrible inequity of those most often on the front lines of these climate impacts being both those who bear the least responsibility for causing climate change and those who lack the means to deal with the impacts,” the report states.

That concern shows up in a second report this week, released this week by the UK Institute and Faculty of Actuaries and the Climate Crisis Advisory Group. It warns [pdf] of irreversible climate tipping points that could be breached at 1.5°C average warming. “We must repair broken parts of the climate system, starting with the Arctic, in an attempt to reverse local changes and stop the cascade effects of said changes through global climate systems,” writes CCAG founder and chair Sir David King, in a report that urges drastic reductions in emissions of carbon dioxide, methane, and other climate pollutants.

King calls for immediate testing and deployment of often-controversial carbon removal techniques to begin drawing down atmospheric greenhouse gases by tens of billions of tonnes per year.

“Human-caused climate change has run down the clock and soon there will be no time left to meet the goals set under the 2015 Paris agreement,” he writes. But “while daunting, we have great agency here. It is still technically possible to reduce emissions and stabilize the climate.”

The Christian Aid report points to the widening gap in international climate finance. It encourages rich countries to treat COP 27 as an opportunity to “make up for lost GDP and time” by delivering the US$100 billion per year in climate finance they promised between 2020 and 2025, but later delayed until 2023. “Investing more in mitigation now will reduce the costs of adaptation and eventually reduce claims from countries experiencing Loss and Damage,” the report says.

“But even with increased financing for mitigation and adaptation, COP 27 negotiators from rich, polluting countries need to accept that new, ambitious, additional, and need-based funding is required to address Loss and Damage, since climate change is already creating impacts that cannot be prevented through adaptation,” Christian Aid adds. “The continuing economic impacts of climate change will create a negative feedback loop whereby climate impacts lower future economic growth rates—slowing poverty reduction—meaning climate impacts will hit more people more significantly in future. It is already beyond the time for agreement on how polluting countries should pay to address climate impacts,” and “negotiations need to move on to questions of how much and when.”

Credits: This article by Mitchell Beer, https://coveringclimatenow.org , is published here as part of the global journalism collaboration Covering Climate Now.