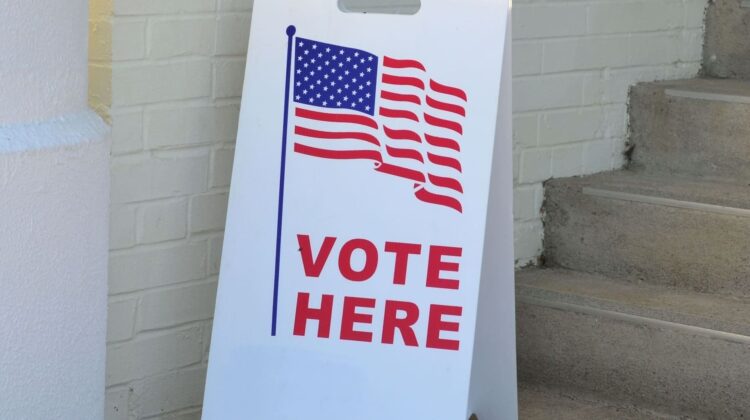 Runs by Cheri Beasley, Val Demings and Stacey Abrams both underscored long-standing challenges to Black women who run — and showed their potential.

We’re making sense of the midterms. Subscribe to our daily newsletter for election context and analysis.

A record number of Black women, most of them Democrats, ran for political office this year. They will set records next year, too, with an estimated high of 10 Black women serving in statewide executive offices simultaneously next year and 27 Black women in the U.S. House.

Two glaring absences remain, however: No Black women sit in the U.S. Senate, and the country has never had a Black woman governor.

But even with those gaps, the Black women who ran moved the needle forward in notable ways, according to leaders of The Collective PAC, Higher Heights for America PAC and She the People, Democratic groups that work to diversify the country’s political offices.

Cheri Beasley, who ran for an open Senate seat in North Carolina; Val Demings, who challenged an incumbent Republican senator in Florida; and Stacey Abrams, who was in a rematch against Georgia’s Republican governor, all showed the potential for Black women to win elections if they receive the same institutional support and confidence as White men, the three groups told The 19th.

Beasley, Demings and Abrams easily cleared the field of Democratic competitors during the primaries and raised millions of dollars in Republican-leaning states. But their losses underscore long-standing challenges Black women face being elected to statewide positions.

“Especially with Cheri and Val, people underestimated them,” said Stefanie Brown James, co-founder of The Collective PAC, which supports progressive Black political candidates. “A lot of this came down to money. We’ve been saying day in and day out for years now, ‘We need early investments for these Black women candidates – Black candidates in general – but especially for Black women,’ who we know receive less financial contributions than a White woman or a White man running for these positions.”

But Beasley, Demings and Abrams all brought experience as elected officials with deep political connections. Beasley was a state judge in North Carolina for nearly two decades and won multiple statewide judicial elections. Demings was a former chief for the Orlando Police Department who has served Florida’s 10th Congressional District in the U.S. House since 2017. Abrams served in the Georgia House of Representatives from 2007 to 2017, including as the minority leader for six years.

“We know through scholarship that voters expect Black women or really any marginalized group as candidates to be above and beyond. These candidates have proven themselves time and time again,” said Nadia Brown, professor of government and director of the Women’s and Gender Studies program at Georgetown University. “I think that this is a special moment because they are Black women, but they are also exceptional Black women candidates.”

Beyond their qualifications, Beasley, Demings and Abrams also faced the question of whether they could raise the money required for a major statewide campaign. Women of color running for political office often do not have access to the networks and connections to wealthy donors as White men. Doubts about their viability as candidates don’t help.

Abrams wrote about these barriers in her 2018 book, “Minority Leader: How to Lead from the Outside and Make Real Change.”

“Not only do we lack the resources; women and people of color are typically viewed as beggars at the table, not the bankers behind the desk,” she wrote. “This perception means that even when we are primed for access, our engagement with money is met with suspicion and false impediments.”

After Abrams’ 2018 bid to be Georgia governor, she quickly proved to be a fundraising juggernaut, heading into 2022 with a national profile that drew endorsements from high-profile political leaders, celebrities and social media influencers alike. This cycle she reportedly raised nearly $98 million to Georgia Gov. Brian Kemp’s $69 million. She ultimately lost by more than seven points, a wider margin than in 2018.

“North Carolina is competitive, so you would think the same amount of resources would have been poured into Cheri’s race when she continues to show, one, she had won statewide before and, two, she was raising her own funds to be competitive in a conservative ecosystem that was pouring in tens of millions of dollars to defeat her,” James said.

Beasley and Demings were not only competing against their opponents’ fundraising but also the millions of dollars from outside interest groups supporting Republicans, said Glynda Carr, CEO and president of Higher Heights for America PAC, a group that supports Black women political candidates. “They raised a significant amount of money, but that money had to compete with independent ads that were particularly directed to shaping a narrative about these Black women,” Carr said.

In the end, Beasley lost by 3.5 points, showing that she was within reach of winning, James said. Demings lost by a more striking 16 points.

The Collective PAC, She the People and Higher Heights said they want to see more money and publicity for Black women candidates earlier in the campaign cycle.

The Democratic Party relies on Black women’s voting power and their strength organizing multiracial coalitions in support of Democratic issues, said Aimee Allison, founder of She the People, which advocates for the political power of women of color. However, the party does not adequately meet the needs of Black women political candidates, Allison added.

“The Democratic Party cannot rest on its laurels,” she said. “It has to learn the lesson right now that Black women’s political leadership, winning elections statewide, is a critical component to building a firewall against the kind of politics that are infused with white supremacy and anti Democratic elites.”

For Allison and others, bigger investment in Black women means going beyond television and digital ads and putting resources into grassroots voter mobilization efforts.

Florida Rising, a voter advocacy and engagement group focused on Black and Brown communities, told The 19th that it did not see the same level of investment in Florida as in years past.

“Donors and groups that traditionally fund independent expenditures campaigns did not come through for us,” said Moné Holder, senior director of advocacy and programs at Florida Rising. “For some reason, they didn’t see Florida as a priority state, so we were not able to do a lot of the ground game that we can typically activate during a midterm election year.” That means they had fewer people and resources to knock on doors or call potential voters.

Organizers focused on mobilizing voters of color and rural communities in North Carolina previously told The 19th that they regularly encountered potential voters who did not know about the midterm elections or the leading Senate candidates.

Efforts to engage voters directly not only during election years, but on a consistent basis have potential to make a key difference in Black women’s campaigns, said Jamil Scott, an assistant professor at Georgetown University in the government department.

“Cheri Beasley got so close. What would have happened if there was more attention to that race, more feet on the ground, more of an effort?” she said. “What would be the implications for electoral votes?”

Looking ahead to 2023 and 2024, Higher Heights and The Collective PAC said they will champion the need for more attention on progressive Black women candidates. This includes training potential candidates and political staff, as well as educating voters about the issues at stake and getting involved with campaigns.

“In order to change the laws we need to change the lawmakers,” James said. “Everybody must do something in order to help this nation be as great as it can be, but it’s going to take us all to put in some elbow grease to make that happen.”