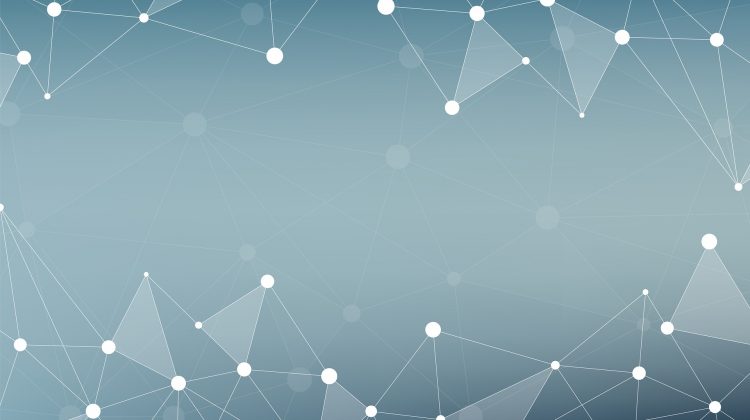 
This week, The 19th made history again. Our poll of more than 20,000 Americans across race, age, gender, education, income, and political affiliation, in collaboration with SurveyMonkey, is an Illuminating look at the electorate at a critical time for our democracy.

We asked about lots of core issues, including abortion, caregiving, health care and the election. One topic in particular jumped out at me: the relationship between voters and the media, and what it means for our democracy.

We asked people how much they agreed with the statement, “The news media is a critical component of our democracy today” and to tell us how often they see news coverage that accurately reflects issues faced by people like them. Taken together, their answers paint a dissonant picture. While the majority see journalism as a key part of democracy, many feel left out of news coverage.

Particularly striking: Half of Republicans and more than 8 in 10 Democrats see journalism as a key part of democracy — but that same percentage of  Republicans don’t see themselves as part of the story, compared with roughly 1 in 10 Democrats.

This disconnect confirmed for me much of what I’ve known my whole career as a journalist, including as national race writer for The Associated Press, as a former board member of the National Association of Black Journalists and now, as editor-at-large for The 19th.

An increasingly diverse country does not see itself reflected in the media. Communities of color, LGBTQ+ people and marginalized groups are still underrepresented in both who covers the news and what news is covered. Some White Americans view the country’s diversity and its reflection in the media as a threat to their representation. Audiences are skeptical that we can cover their concerns or communities fully. That concern was seized on, sometimes with violent language, by the former president, who labeled the press an enemy of the people.

The relationship between voters and the media provides a window into the partisan divide and Americans’ attitudes about the importance of the press to democracy, and is important to understand for those of us whose work tries to bridge the gap. We’re part of the Fourth Estate, as critical to the working of the country as the executive, legislative and judicial branches.

“While it’s reassuring that many of us want good information, the party differences in the poll are telling,” said Laura Wronski, director of research at SurveyMonkey. “This is a big ship we’re all steering collectively, and the media is one element of that.”

The goal of this poll was to understand people’s lived experience and to explore how their different identities factor into their politics, Wronski explained. More than any other identifier, ideological differences trumped all in respondents’ perceptions about the press.

“People are getting their news from different sources, and there’s not a lot of overlap, Wronski said. “What are the longer-term consequences of these differences?

Earlier this year, I was on a panel with former Washington Post columnist Margaret Sullivan on whether journalism can safeguard democracy. In her final column for The Post last month, the veteran journalist left the industry some parting advice on how to cover the upcoming election, writing:

“The deeper question is whether news organizations can break free of their hidebound practices — the love of political conflict, the addiction to elections as a horse race — to address those concerns effectively. For the sake of democracy, they must … I hope that newsroom leaders are thinking hard about moving outside their long-standing practice as the presidential campaign approaches. This will not be a traditional contest, and the stakes are high. We simply have to get it right.”

When I called Sullivan and shared the results of our poll — some of which she was able to guess even before I told her  — she said she was “heartened” by the idea that many Americans see journalism as critical to democracy.

“A lot of times, we in the press frame issues about the media in terms of what it means to us, to our colleagues, to our industry,” Sullivan said. “It’s important to broaden that perspective and say, ‘What does this mean for the way our society functions?’ Because our government, our culture do not function without an independent press. Our fellow citizens should care — and the numbers say they do care, but they want it to be better, they want the quality or the connection to be stronger. But it’s not that they don’t see the value.”

The erosion of local journalism, something Sullivan wrote about extensively, informed by her years as editor of the Buffalo News, has also frayed the community fabric, she said.

Local news subscribers “may know the reporter who’s covering city hall because that reporter’s child may go to your child’s school,” Sullivan explained. “There’s a close community connection. But as that becomes less frequent, there’s less of a chance of that happening. There aren’t as many journalists for the public to have a connection with.”

For those of us who are left, Sullivan said, the damage done in the past few years by President Donald Trump’s attempts to disparage and undercut the press were somewhat effective, but not total or irrevocable.

“It’s something we need to work on every day,” Sullivan said. “We have to ask ourselves: Are we telling the stories that matter, in a way that people can connect with?”

Centering the voices of people too often unseen and unheard in our democracy is key to our mission at The 19th, and one of the main reasons our newsroom exists. Many of our journalists have lived experiences that can also fall outside of what is considered mainstream, including our data visualization reporter, Jasmine Mithani, whose work was crucial in developing our poll.

I talked to Mithani about why we asked voters about their relationship to the press, and she told me that the aim was to better understand how people view news and to look for areas where there might also be friction — but also to examine the demographic differences not always available when we seek to tell stories about our democracy.

“As someone who personally falls into the ‘other’ race category, I often feel left out,” Mithani said. “Many people at The 19th feel like that, so we took a lot of time thinking about the data we often wish we had.”

In talking to Mithani, I had an exciting realization: Our poll is an extension of the asterisk in our logo, which is a North Star for our newsroom and a reminder that the purpose of our journalism is to show the fullness of our country and our politics.

“This was a chance for us to put that data out into the world, to ask the questions, to get more information about people who are often overlooked,” Mithani said. “This is something we can do at The 19th, to provide that representation where it’s missing. One way we can do that is through a poll like this.”

Imara Jones, founder of TransLash Media, which uses journalism and personal narrative to tell stories about the lived transgender experience, said the news media does a poor job of covering the LGBTQ+ community broadly — and transgender people in particular.

“The lack of representation is amplified, the further you get away from who they believe is their primary audience — namely, White men,” Jones said.

“This is why you see a rise in the consumption of alternative media for LGBTQ+ audiences, because that’s where they can see themselves reflected,” Jones continued. “If newsrooms want people to engage, they have to expand the ways they cover these communities.”

Our work at The 19th is to expand our country’s imagination about who can, does and should participate in our politics. In doing this poll, we sought to not only inform ourselves, but to inform and serve our audiences and to push other outlets to prove what is possible and to see what they might also be missing.

This work is also about helping our fellow Americans to see and better understand each other, to be a catalyst for civility and a counterweight to the forces that seek to undermine our efforts to leave behind the most honest and accurate record of who we are. This poll is a reminder that despite our differences or disagreements, we are all in this work together.

The path forward for our democracy lies in the details behind the data. May we forge ahead, together and more informed.