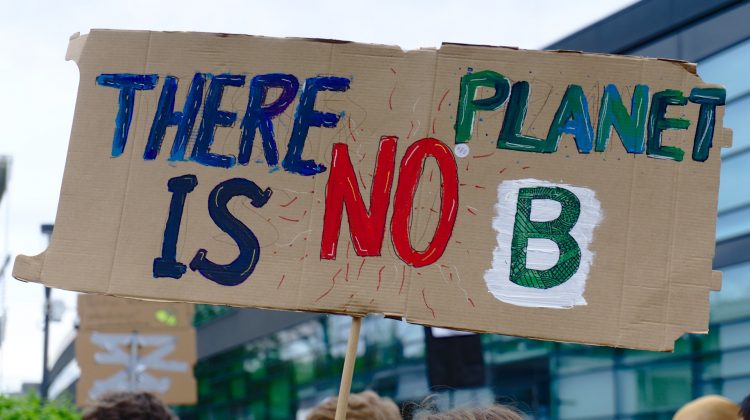 
Sea level rise is causing ghost forests to expand along the east coast, with hotspots in New Jersey, Maryland, and North Carolina.
Salt marshes are migrating to take the place of wetland forests, causing a transition of ecosystem services. Water quality and quantity will decrease as a result.
Hundreds of thousands more acres of forests are set to transition to ghost forests by 2100.
Dr. Chris Asaro has spent the last eight years tracking forest health for the United States Department of Agriculture’s Forest Service. His speciality for the last year has been mapping the large expanses of dead trees that are spreading along the East Coast of the United States. Hundreds of thousands of acres of gray and gnarled pine, cypress, and maples, many of them rotting on the ground, are the result of saltwater that has spread underground from the Atlantic Ocean, slowly killing trees by poisoning soil.

Asaro and other authorities call these dead stands of trees “ghost forests.” They have developed in at least eight states along the seashore, from New Jersey to Florida. More than the emotional distress, the increasing number and expanse of dead trees illustrates the consequences of climate change and sea level rise on ecosystems vital to coastal communities. Asaro, who manages the Forest Service’s Southeast Forest Health Monitoring Program, is generating digital maps to track the spread of ghost forests on the southeastern coast.

“It’s the rapid change that is the most concerning,” said Asaro. “We just don’t know what all the effects are going to be.”

As sea levels rise at rates up to 5 millimeters per year on the East Coast, saltwater is continuously pushing inland as far as 15 feet per year, aided by strong storm events that deposit salt on top of the soil. The result is mass tree death all along the coast, with hotspots in New Jersey, Maryland, and North Carolina.

Growing forests serve multiple benefits. They protect coastlines from erosion, buffer storm surges, provide wildlife habitats, and assure water quality and quantity. Mass death of trees injures those assets, and also damages local economies. As it intensifies, saltwater intrusion will shrink the supply of coastal wood for the timber industry, and the rural economies that depend on it.

Some of the tree species at risk from saltwater intrusion are not just ecologically beneficial, but historically significant. The Atlantic White Cedar, a New Jersey native species with blueish green leaves sacred to the Lenape tribe, was cut down in magnitudes with European settlement. Only 25,000 of the original 125,000 acres remain, and they are New Jersey’s primary victim of ghost forest conversion.

Saltwater intrusion presents a unique threat to wetland forest ecosystems, which are historically known for their resilience. “Normally, you can pretty much do whatever you want to a forest and it grows back. Wildfires, insect outbreaks, hurricanes, clear cutting, those are all things that the forest recovers from,” said Dr. Kirwan, an associate professor at the Virginia Institute of Marine Science. “Ghost forests aren’t like that. Once the saltwater intrudes, that forest is gone forever.”

Though the Forest Service started their mapping efforts last year, the results are already striking for North Carolina. More than 56,600 acres of forests have been converted to ghost forests – and that’s only part of one state.

In Maryland, one study found 84,000 acres of ghost forest conversion. Another study predicts a similar fate for 230,000 acres of Chesapeake Bay forests by 2100.

Trees are sensitive plants adapted to just the right conditions of sunlight, pH, and salinity. They also require a lot of freshwater. As wetland soils become saltier, trees draw out the water from the soils and leave behind the salt in the root zone, where new seedlings germinate. Coastal forest seedlings are adapted to freshwater conditions, where salinity is under 1 part per thousand. Today’s coastal wetland soils are measuring around 5 parts per thousand, with some areas as high as 15.

While new seedlings are unable to grow, existing forests may appear healthy. Kirwan knows better. Over 5 to 10 years, the adult trees will start to show signs of suffering. Their canopies shrink. Their leaves turn brown. Their branches fall off. Then they die.

“The best way to see the future of a forest is to look at what’s grown in the understory,” he explained. “If you don’t see seedlings and saplings, then you know that forest is effectively dead already.”

Once dead, the trees, now called “snags,” stand sentinel for 2 to 3 years more, letting the wind pummel their trunks and the root zone soften, until they fall. The brevity of a tree’s condition as a snag is important, explained Bernhardt. “When you’re seeing [ghost forests], that’s actually just a temporary situation. The fact that we’re always seeing them means there’s always new ones being formed.”

If new ghost forests are always being formed along the coastline, then what stands in the place where the old forests once lived? Marshes. Full of hardy plants that withstand high salinity, marshes begin to colonize the soil underneath coastal forests before the trees have fully died.

Ghost forests, then, are an intermediate stage in the Atlantic coastline’s quickening transition from land to ocean. The top concern with ghost forests is the speed with which they are expanding, heralding the incoming saltwater.

“If I took you for a walk right here [on Maryland’s coast] in 1990, you would have been able to walk through here barely with muck boots on, and we would have seen all these different birds and squirrels and deer,” said Matthew Hurd, a regional forester with the Maryland Forest Service. “Today, you can’t even walk out there without falling into your waist.”

Forests are nature’s Brita filters, absorbing nutrients and anchoring sediments so they don’t run off into streams. Their canopies also protect soils from heavy winds and rains that cause erosion and release particulates. On top of water quality, trees store water, which, when released as vapor, regulates precipitation. Their roots help regulate groundwater flows. The U.S. Forest Service estimates that state and private forest lands serve water to more than 48 million people in the south.

Hurd described the term practically. “It feels like we’re getting pinched. We’ve got development and cities and roads and infrastructure inland, and you’ve got water and marsh migration coming in [from the coast].”

As marshes migrate naturally inland towards the newly-salty soils to which they are adapted, trees might, logically, do the same towards freshwater soils. For two reasons, they cannot.

The first is geography: as Dr. Bernhardt put it, “those forests have nowhere to go.” Human development has placed impervious services next to coastal forests, barring new tree seedlings from taking root.

The second is biology: trees grow far slower than marsh plants, and far slower than the pace of sea level rise. The timescales on which a forest can naturally migrate are not matched to the human-driven speed of coastal change.

Unfavorable geography and biology leave coastal foresters with two main options. One is “facilitated migration,” where foresters will plant seedlings themselves. The problem with facilitated migration, described Asaro, is that “most land is spoken for.” Along the east coast, 65 percent of land is privately held. Individual landowners are not keen to relinquish any lucrative land for public forestry. The Fish and Wildlife Service and the Forest Service are developing programs to provide incentives to private landowners to sell their property for tree planting. The USDA’s Natural Resources Conservation Service has an easement program to restore and protect forests on private land.

The other option, as with coastal agriculture, is to accept and promote an ecosystem transition to marsh, another valuable ecosystem threatened by sea level rise. From years of work with local landowners, Matthew Hurd knows how difficult it is to relinquish one’s home to the encroaching marsh and rising sea. “These families have been hunting and fishing and caring for the land for three or four hundred years. When that turns into a marsh, they lose that identity.”

Dr. Kirwan knows the emotional ties of coastal forests himself, being a landowner with deep connections in Maryland’s Dorchester County, an area with significant ghost forest conversion. “I’ve watched land that my family owns. We’ve lost half our trees just in the last twenty years,” he recounted.

Aside from facilitating forest migration and heralding marshlands, there is also an opportunity to address one of the root causes of the problem: ditches. Mirroring the nuisance to coastal agriculture, ditches, once dug to drain excess water from soils, now facilitate the inland creep of saltwater. Disconnecting and plugging these drainage systems could eliminate a guileful aid to saltwater intrusion.

Still other foresters are hopeful that ongoing research at institutions like the USDA’s Plant Materials Centers and North Carolina State University will discover or engineer salt-tolerant tree species. Some species of cypress and pine are already somewhat salt-resistant, though they are more adapted to light sea spray than a complete salinization of their soils.

No matter the management strategy, the future of coastal forests is precarious. Dr. Lindsey Smart, a coastal scientist with The Nature Conservancy, urged for a realistic approach to addressing ghost forests. “I don’t think, at this point, we can prevent or mitigate this change,” she said. “So we need to adapt to it.”


Author: Hannah Richter
Hannah Richter is an editorial intern for Circle of Blue covering saltwater intrusion on the East Coast and designing graphics. She is a rising senior at the University of Chicago studying Environmental Science and Creative Writing in Nonfiction. In her free time, she directs her university’s ballet company, cooks vegan food, and thrift shops.


This article by Hannah Richter, https://www.circleofblue.org/ is published here as part of the global journalism collaboration Covering Climate Now.