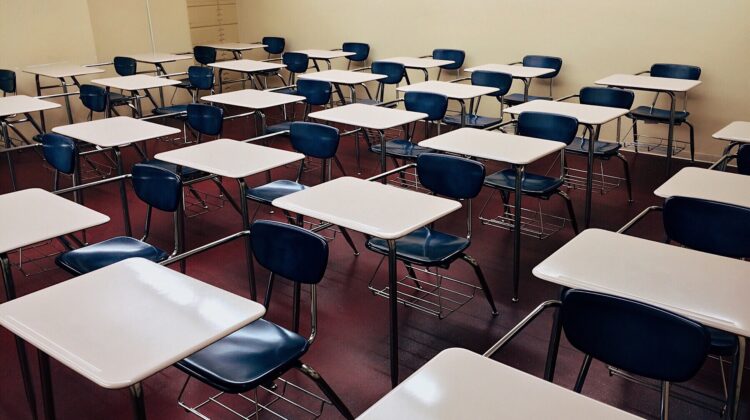 
About 41% of New York City students were chronically absent, missing at least 18 days of last school year, according to city data released Friday.

The figures from the Mayor’s Management Report show that as the city required all students to return to class in person last school year for the first time since March 2020, hundreds of thousands of children still missed large stretches of instruction.

Last year’s chronic absenteeism rate was the highest the city has recorded in decades, according to figures from NYU’s Research Alliance, and also the highest rate during the pandemic.

In the years leading up to the pandemic, chronic absenteeism rates remained closer to 25%. But absenteeism skyrocketed in the coronavirus era, reaching 30% two years ago, when students were allowed to choose in person or virtual learning options. Last year, the share of students considered chronically absent spiked by 10 more points.

Officials said their chronic absenteeism goal for this school year is 30%.

Absences due to the coronavirus — for students with COVID or who were quarantining because they were close contacts — likely play a significant role, though there were other possible factors. Many students took jobs to help make up for their family’s financial hardships, perhaps missing school to attend work. Others may have cared for siblings or struggled with mental health issues that kept them away from school.

It’s also possible that factors such as masking and social distancing made it harder for students to build relationships with teachers, which are a factor in attendance.

Matt Brownstein, an assistant principal at P.S. 330 in Queens, said last year was particularly destabilizing for many families, especially during winter’s omicron surge that sickened many students and staff. With few exceptions, city officials kept school buildings open during that wave.

Over the past year, more than 258,000 students and staff have tested positive for the coronavirus, according to city data. The figure may be an undercount, as not all cases were officially recorded.

The city’s figures may not accurately capture the number of missed in-person instructional days, as attendance policies changed in the middle of last school year to allow schools to provide some remote work to students and mark them as present.

The latest figures do not include demographic breakdowns, but a previous Daily News analysis focused on the 2020-2021 school year found that Black and Latino students as well as those in poverty or learning English saw higher jumps in chronic absenteeism than their white and Asian American peers.

The attendance data also suggests that educators may have lots of ground to make up, though city officials have refused to provide results from last year’s assessments given to students three times throughout the year. State officials have yet to release last year’s standardized test scores in math and reading for students in grades 3-8.

“It’s an enormous task that they have getting students back in the rhythm of being in school every day and being engaged back in the learning process,” said Dia Bryant, executive director of Education Trust New York, an advocacy group. “Without assessment data, we don’t have a picture.”