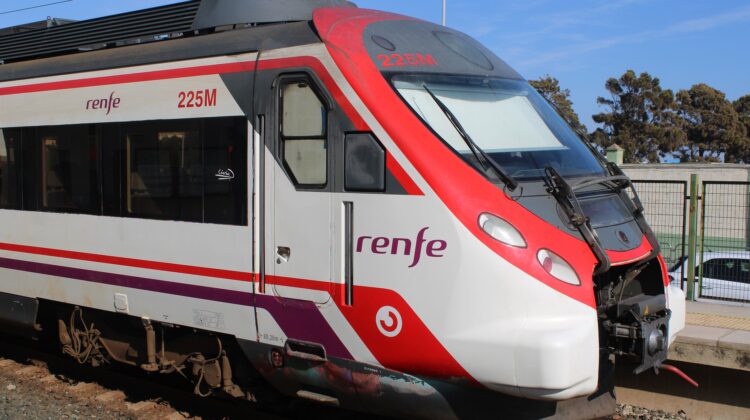 The Spanish government of Socialist Pedro Sanchéz wants to do everything to “relieve the middle class and workers”, says the Prime Minister. From September 1st, rail travel in Spain will be free for local and medium-distance trains for three months. In Germany, 52 million 9-Euro tickets were sold in the summer, saving 1.8 million tonnes of CO2, according to the Association of German Transport Companies.

A 0-Euro train ticket for commuters is available in Spain from 1 of September to 31 December. More than 300,000 people in Spain have already bought a free ticket for rail travel. The railways expect that there will be more than half a million travelers in total. The government of the socialist Pedro Sánchez wants to promote public transport and reduce energy consumption. Above all, however, the goal is to relieve people financially in view of high inflation in Spain.

The 0-Euro-Ticket is financed by the excess profits tax for energy suppliers and banks, which is supposed to bring in 3.5 billion euros per year. In addition to the commuter ticket, the money will flow into public housing and scholarships for students.

Greenpeace endorses the campaign because each journey by train saves 70-80 % of the CO₂ emissions of a car journey. In Germany, the 9-Euro-Ticket enabled people to travel by bus and train for only 9 euros per month for three months. Due to the high petrol prices even enthusiastic car drivers take the train: people bought over 52 million tickets, according to the Association of German Transport Companies (VDV). Every fifth buyer had never travelled by public transport before. Therefore, the ticket significantly increased the demand for public transport. Accordung to the VDV, Germany saved 1.8 million tonnes of CO₂ with the 9-Euro scheme.

The Spanish 0-euro ticket is a bit more complicated than the 9-euro ticket in Germany. For the ticket, you have to register online and pay a deposit of 10 (short-distance) or 20 euros (medium-distance). You get the deposit back if you use the ticket at least four times a month.