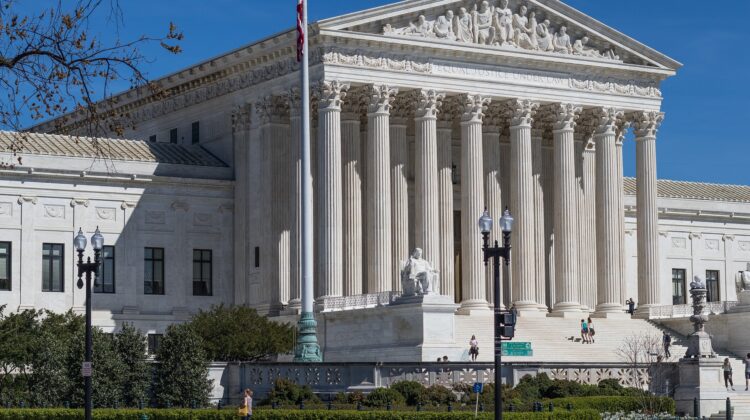 Abortion advocates had requested action from the Michigan Supreme Court after an elections board deadlocked on the issue.


DETROIT — The Michigan Supreme Court ruled Thursday that a petition over whether to add a constitutional amendment expanding abortion rights must be on the ballot this fall.

In a 5-2 decision, the state’s high court directed an election board to certify a proposed amendment from the group Reproductive Freedom for All, which had submitted more than 750,000 signatures to get the question on the ballot, a record.

The decision is a win for abortion advocates. Darci McConnell, communication director for the group, said in a statement that it affirmed that voters had understood what they were signing, which had become part of a challenge to the petition.

“We are energized and motivated now more than ever to restore the protections that were lost under Roe,” she said in a statement.

Last week, a four-person elections board deadlocked on whether to certify the ballot, throwing the issue into limbo. The two Republicans on the Michigan Board of Canvassers voted against certification; the two Democrats voted in support.

The ballot measure would guarantee the right to an abortion up until fetal viability and restrict the state’s ability to regulate abortion after that point if the health of the pregnant person is in danger. It would also protect care related to a pregnancy, including birth control, according to Reproductive Freedom for All. The petition signatures were submitted after the U.S. Supreme Court overturned federal abortion rights, though organizers had been collecting signatures even before a leak of the draft was made public.

Citizens to Support MI Women and Children, a coalition of anti-abortion groups, had argued to the board of canvassers that the ballot measure had spacing and formatting problems that rendered some of the proposed language unreadable.

“The board of canvassers did the right thing by refusing to put this on the ballot because it is unprecedented for something with this many errors to be placed on the ballot,” said Christen Pollo, a spokesperson for the group, to The 19th before the state supreme court ruling.

In their Thursday ruling, the supreme court said the ballot measure petition had fulfilled “all statutory form requirements,” and added that the board of canvassers “has a clear legal duty to certify the petition.”

Chief Justice Bridget Mary McCormack’s opinion in particular was critical that two people on the board of canvassers who attempted to stop certification of the petition despite anti-abortion groups not providing proof of any signer claiming confusion by the limited-spacing sections of the proposal.

“They would disenfranchise millions of Michiganders not because they believe the many thousands of Michiganders who signed the proposal were confused by it, but because they think they have identified a technicality that allows them to do so, a game of gotcha gone very bad,” she wrote. “What a sad marker of the times.”

Reproductive Freedom for All — a coalition that includes Planned Parenthood Advocates of Michigan and the ACLU of Michigan — said that the errors were caused by a printing issue and that copying and pasting the petition shows proper spacing. The group held a rally outside of the Michigan Capitol on Wednesday to talk about what is at stake. Separately, abortion advocates filed letters of support to the supreme court.

Citizens to Support MI Women and Children indicated in a social media posting Thursday after the ruling that it would now work to have the ballot measure defeated on the November 8 ballot. The group described the text of the proposal as “confusing, radical language” that will create “an unlimited right to abortion.”

Democratic Gov. Gretchen Whitmer, who supports the ballot measure, held a reproductive health roundtable in Detroit hours before the ruling. She told the group gathered that people should have the right to vote on the issue.

“Can a woman make a decision about her own body? That’s the question, and now we’re not even sure if we’ll get the chance to vote on whether or not we have that right,” she said, and then referred to the Republicans on the elections board. “Two men are the reason for that.”

Whitmer later told The 19th that a decision favoring the ballot measure would show that the court is following the law.

“Any board that was doing its ministerial duty would have put it on the ballot already,” she said.

The board of canvassers is expected to meet Friday to finalize the ballot measure and a separate petition that would expand early voting in the state.

Abortion has become a defining issue in Michigan, where Whitmer is seeking reelection and facing a challenge from Republican Tudor Dixon, who has said she does not support abortion or exceptions for cases of rape and incest. Dixon, whose campaign has not responded to requests for an interview, has said separately that she supports parental consent laws around abortion.

For several months, Whitmer has sought to legally strike down a 1931 law that would ban most abortions in the state and was triggered by the end of federal abortion rights. On Wednesday, a lower court struck down the law, which had not been in effect. At the roundtable, Whitmer celebrated the decision over the 1931 law but added: “I am not pacified because this is not over.”