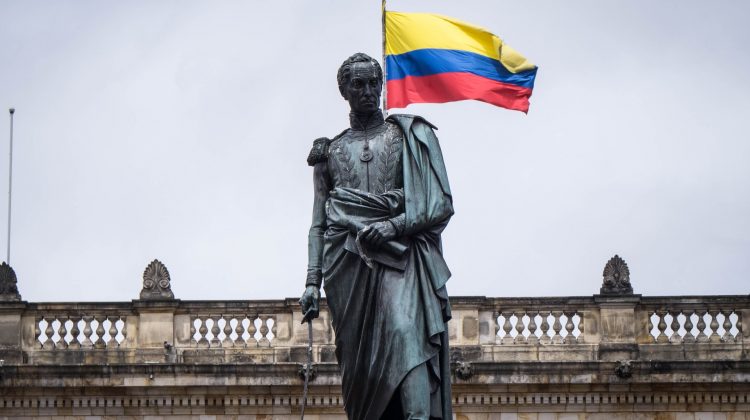 Gustavo Petro, president-elect of Columbia, announced that he wants to declare a ceasefire in the ongoing conflict with Columbian Guerilla Groups ELN and Farc-EP to finalise a peace treaty. Since 1964, over 260,000 civilians have died in the conflict. Petro’s announcement to start negotiations with the Guerilla fighters is not the first attempt to achieve peace in the decades-long conflict.


The Origins of the Guerilla Movement

Colombian Guerilla fights have increased in brutality since their beginning in 1964. The so-called National Liberation Army ELN (Ejército de Liberación Nacional) and the Revolutionary Armed Forces of Colombia, FARC (Fuerzas Armadas Revolucionarias de Colombia) mark the two main Guerilla groups involved in the armed conflict. For years, there was no end of the violence in sight. With the election of left-wing president Gustavo Petro in June 2022 there is finally hope for peace in the decade-long conflict.

The origins of the conflict date back to a period referred to as “La Violencia” lasting from 1948 to 1958. Back then, farmers rose up against their landowners in the rural area of Marquetalia resulting in the farmers gathering as a Guerillas. The group would later become known as FARC. The other major Guerilla group, ELN, was formed in the same year by a group of students inspired by Che Guevara’s revolutionary ideas which had spilled over from Cuba.

Ever since, every-day life in Colombia has been shaped by ongoing conflicts between the two groups. This led to Colombia ranking second in the number of people internally displaced in the country. A total of 89% of its population have been displaced, this number is surpassed only by war-struck Syria. As violence has reached a peak in rural areas, the majority of the former rural population has by now seeked refuge in Colombias major cities such as Bogotá, Medellín or Cali.

Additionally, an estimated 260,000 fell victim to the conflict ever since its beginning in 1964. Over 80% of those killed were civilians, as stated in a report by the National Center for Historic Memory (CNMH) in Colombia. However, it must be noted that the CNMH which formerly officiated as a watchdog organ has been stripped of its status as a site of conscience in 2020 due to suspected bias in their work. Therefore, the numbers presented in the study must be interpreted with caution.

Petro announcement to start negotiations with the Guerilla fighters is not the first attempt to achieve peace in the decades-long conflict. In 2016, a peace deal with FARC had been signed under the leadership of former President Juan Manuel Santos in the aftermath of which he even received the Nobel Peace Prize for his attempts.

However, the hope put into the peace deal faded when in 2018 Iván Duque, the leader of the center-right party “Democratic Center” (Centro Democrático), was elected. Even though he promised to continue negotiations with FARC during his election campaign, it quickly became clear that the topic was not of significant importance to the former president.

Duque was commonly known for his firm rejection to pause military actions against the Guerilla groups until a peace treaty was concluded. This meant that Guerillas were asked to pause any attacks while they were being targeted themselves. In the end, Duques´ strategy failed miserably and led to an exacerbation of the conflict. After the National Liberation Party (ELN) conducted a bomb attack on a police academy in Bogotá in January 2019, all negotiations were put on ice.

In a recent interview with Colombian W Radio, Petro now states that he plans on reopening peace negotiations with both ELN and FARC. His aim is to achieve armistice for Columbia after taking office in August. However, the designated president explicitly pointed out that he does not want to proceed with military actions against the Guerilla groups until a peace treaty is decided on. This marks a major difference to the policies of his predecessor.

With Petro and his left-wing Colombia Humana cabinet taking over the government a drastic change of tactics will be introduced in the solving of the conflict. Both ELN and FARC declared their willingness to conduct negotiations with the newly elected government under Gustavo Petro spreading hope to bring peace over conflict-struck Colombia.