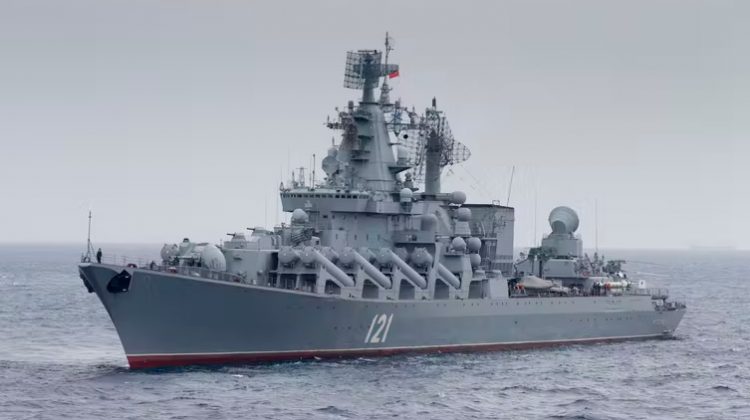 
Russia may be on the cusp of its first default on its foreign debt since the Bolsheviks ousted Czar Nicholas II a century ago.

On April 14, 2022, Moody’s Investors Service warned the country’s decision to make payments on dollar-issued debt in rubles would constitute a default because it violates the terms of the contract. A 30-day grace period allows Russia until May 4 to convert the payments to dollars to avoid default.

A default is one of the clearest signals that the sanctions imposed by the U.S. and other countries are having their intended effect on the Russian economy. But will it have any impact on Russia’s ability to wage war in Ukraine?

We asked Michael Allen and Matthew DiGiuseppe, both experts on political economy and conflict, to explain the consequences of default and what it would mean for Russian President Vladimir Putin’s war.


Why did Russia default on its debt?

The Russian government has a total of US$40 billion worth of debt in dollars and euros, half of which is owned by foreign investors. Russia had an April 4 deadline to pay about $650 million in interest and principle to the holders of two bonds issued in dollars.

Russia has plenty of cash – it collects the equivalent of over $1 billion a day from its oil and gas deliveries alone – but has limited access to dollars because of sanctions imposed by the U.S. The Biden administration had been allowing Russia to use some of the foreign reserves it had previously frozen to make debt payments. The U.S. changed course on April 5, when it blocked Russia from using dollar reserves held at American banks to make the debt payments.

That gave Russia little choice but to try to make the payments in rubles, whose value has been very volatile since the invasion. If Russia doesn’t switch the payments to dollars by May 4, the government will be in default on its foreign obligations for the first time since 1918, when the Bolshevik revolutionaries took over Russia and refused to pay the country’s international creditors. Russia also defaulted in 1998 but only on its domestic debt.


What are the consequences of default?

When a country defaults on a foreign loan, international investors typically become unwilling or unable to lend more money to it. Or they demand much higher interest rates.

Whether because of higher interest costs or an inability to borrow, this forces a country to cut spending. Less government spending reduces economic activity, increases unemployment and slows growth. While some of these effects, like weaker economic growth, are often short-lived, other consequences can haunt a country for years. Trade with other countries remains below normal for an average of 15 years after a default, while full exclusion from capital markets typically lasts just over eight years.

For example, when Argentina defaulted in 2001, the peso plunged, the economy shrank and inflation soared. Riots over food broke out all over the country, leading to the president’s resignation. Although Argentina’s economy had recovered by 2007, the country remained unable to borrow from foreign investors, which led to default again in 2014.

What does this mean for Russia? The country was already locked out of international borrowing markets because of sanctions. A government official recently said Russia would also avoid borrowing domestically, because a default would lead to “cosmic” interest rates.

But its significant revenue from sometimes-discounted sales of oil and gas may help offset the need for borrowing in the short term, especially if it can continue to find willing buyers like India and China. On April 14, 2022, Putin acknowledged sanctions were disrupting exports and raising costs.


Does Russia care if it defaults?

The Russian government has been trying hard to avoid default.

Until April 5, it was using its precious dollars to stay current on its bond payments. And before its invasion it had built up a significant reserve of foreign currency, in large part to allow it to continue to pay back debt borrowed in dollars and euros even amid sanctions. Russia has even threatened to take legal action if sanctions force it into default.

As it odd as it may sound, Russia is likely worried about its reputation – at least among bond investors.

A default by a sovereign borrower establishes a bad reputation that can take years to rehabilitate, as Argentina’s experience shows.

And the long-term impact could be worse for Russia. The reason Russia is in this bind is because it chose to invade Ukraine, despite repeated warnings that doing so would result in severe economic and financial sanctions.

So creditors might wonder if Russia will always prioritize its foreign policy interests over the interests of creditors and raise borrowing costs permanently. If so, they may find it difficult to borrow for years to come.

Another risk is that a default may enable creditors to seize Russia’s overseas assets as a form of repayment. International sanctions have already enabled countries to seize or freeze Russian assets, which could be used to pay off outstanding debts.

One count suggests that 50% of creditors in recent sovereign debt cases have attempted to seize assets as an alternative to payment.


What does this mean for Russia’s war in Ukraine?

As long as there has been debt, governments have waged wars with other people’s money. In fact, debt has become so vital as a source of power that countries rarely fight without it.

Around 88% of wars from 1823 through 2003 have been at least partly financed with funds borrowed from banks and other investors. This reality even bleeds into fantasy worlds, like “Game of Thrones,” in which financing from the Iron Bank of Braavos is vital to financing the wars of Westeros.

Our own research has shown that countries that have defaulted on their debts or have poor credit ratings find it difficult to build military capacity and, consequently, are more reluctant to take up arms against other nations. Related work has found that countries with lower borrowing costs tend to win wars – though this effect is stronger for democracies.

One reason is that borrowing allows countries to overcome the guns-versus-butter trade-off: More money spent on the military means less for its citizens’ welfare, which can hurt a government’s ability to stay in power. Foreign loans can help overcome this problem, but losing access to credit forces a government to choose.
In the short term, however, a default is not likely to alter the outcome of Russia’s war – or force Putin to make any unpopular trade-offs – especially if Russia is able to achieve its new and more limited military objectives in the eastern Donbas region quickly.

This will change the longer the war goes on. The war was expected to last only a few days, but a stronger-than-expected Ukrainian defense has pushed the conflict into its eighth week. Early estimates found that a prolonged war could end up costing Russia over $20 billion a day, including both direct and indirect expenses, like loss of economic output.


[Over 150,000 readers rely on The Conversation’s newsletters to understand the world. Sign up today.]


If Ukraine becomes a lengthy war of attrition, as some analysts expect, then Russia’s inability to borrow money will weaken its ability to sustain, supply and reinforce its position in Ukraine – especially if oil prices fall or the European Union boycotts or reduces its dependence on Russian fuel.

And that means borrowed money. Wars usually end quickly without it.


This article is republished from The Conversation under a Creative Commons license. Read the original article.

Induction of a Consumption Pat 08 Aug 22