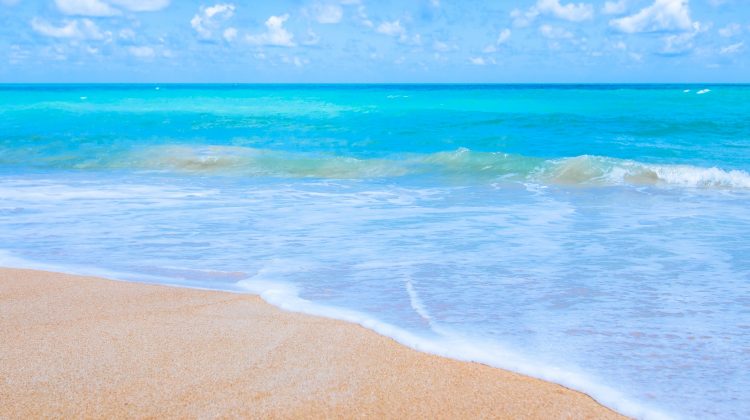 White sandy beaches, turquoise waters and sun – Thailand is an absolute holiday paradise for tourists from all over the world. But mass tourism is threatening Thailands biodiversity and causing massive coral die-offs.

ENVIRONMENTAL PROTECTION IN THAILAND
A ban on certain suncreams is only one of the measures Thailand is taking to combat the increased destruction of coral. This is because the cnidarians also fall victim to the numerous excursion boats that drop their anchors at the bays. As a result, in 2018, the famous Maya Bay, among others, was closed and new corals were planted there again. The beach is known from the 2000 film “The Beach”, which starred Leonardo DiCaprio, and has attracted countless tourists ever since.

Nevertheless, the decision caused criticism. If a bay is closed, tourists gather at another beach. This beach would then be even more crowded and more severely damaged than it already is.

PROTECTING PEOPLE BUT HARMING THE ENVIRONMENT

Suncreams pose a threat to the diversity of nature. They contain substances like oxybenzone, octocrylene and parabens, which bleach the corals. The problem is particularly common in tourist locations visited for swimming and diving – with almost 40 million tourists (as of 2019), this puts the corals at enormous risk.

About half of current sun creams contain substances that are toxic to corals. These reflect ultraviolet light and cause the corals to bleach. As a result, the corals die and can no longer reproduce. Instead, the use of sunscreens based on zinc is recommended, as these do not harm the corals. Violations of the ban are penalized with fines up to 2,500 €.

The pollution of the sea by plastic waste is another increasing problem in Thailand. Several volunteer organisations are organising collection campaigns in cooperation with the Tourism Association of Thailand to rid the waters of plastic. The collected rubbish is then turned into flip-flops, handbags or paddle boats.

SIMILAR BANS ISSUED IN THE CARIBBEAN AND HAWAII
The first ban on sunscreens was enacted by the Western Pacific island of Palau in 2018, which did not come into force until 2020, but still marked a milestone in coral protection. At the beginning of 2021, Hawaii and several other Caribbean islands joined in and banned sunscreens to protect corals.

At Maya Beach in Thailand, the corals have recovered thanks to replanting and paused tourism. To protect the corals in the long term, boats are now no longer allowed there. Tourists can now only reach the bay by land and are only allowed to stay on site for a maximum of one hour. In addition, Maya Beach remains completely closed for four months of the year so that the underwater world can recover.

CORALS AS AN INDICATOR OF A HARMED ENVIRONMENT

Corals are a gauge of how human actions are affecting the world’s oceans. Advancing climate change, global pollution and the use of fossil fuels.

If the corals fare badly, so do the surrounding waters. According to a UNESCO study, a large part of the reefs could disappear completely by 2100. The ban on harmful sun creams can slow down further species extinction, but not stop it completely. Factors such as overfishing, rising temperatures and exhaust fumes from ships also harm the underwater world. In order to prevent further species extinction, we must not only do without bleaching sun creams, but also drastically reduce global CO2 emissions.