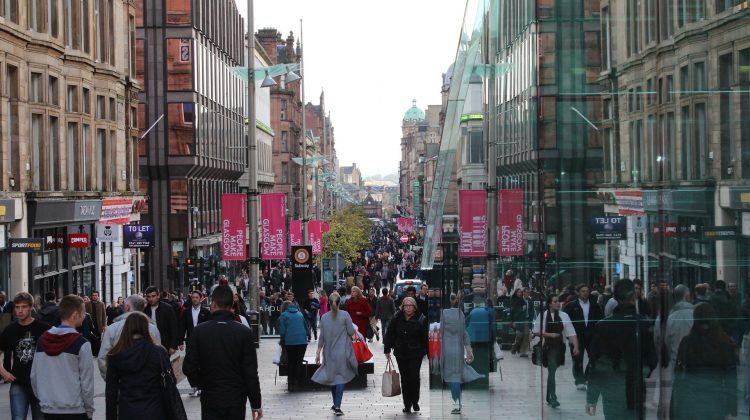 A four-day week is to be trialled in Scotland – with no loss of pay for workers. A report published in early September makes suggestions on how shorter working hours could be implemented for Scots, drawing on experiences in Iceland and New Zealand.

FOLLOWING THE ICELANDIC EXAMPLE
In Scotland, labour shortages in some sectors lead to workers being able to demand improvements. The GMB union has announced that the labour shortage is a good reason to demand higher wages for workers who are desperately in need. This also means less profit distribution for shareholders. After experiencing home offices and factory closures, many people in Scotland can no longer imagine returning to the office, warehouse or factory for 40 hours . Even daily commuting is becoming increasingly unattractive.

A recent survey by think tank IPPR Scotland also shows an overwhelming majority of Scots vote in favour of a reduction of working hours: 80 percent of respondents would prefer a four-day week to a 40-hour week if pay remained the same. Workers say this would improve their well-being. Two-thirds of respondents (65%) said that a shorter working week is likely to increase productivity in Scotland.

The ruling left-liberal Scottish National Party (SNP) promised the introduction of a Four Day Week in its election manifesto earlier this year. As a result of the changes in working life caused by the Corona pandemic, 4-day week pilots are currently underway across Scotland. The government is providing a total of £10 million in funding for companies. 88 percent of workers surveyed would be willing to take part in the project. The survey polled 2,203 people aged between 16 and 65.

Due to the overwhelming majority in favour of a four-day week among the population, the think tank IPPR Scotland advises the Scottish government to expand the programmes . Above all, non-office-bound jobs, shift workers and part-time workers should also be able to participate. As many do not earn their money through a nine to five office job, the planning of shorter working hours must take this reality into account. The pilot trials also need to elaborate what shorter working hours might look like for shift workers, people with multiple jobs and part-time workers, so the study authors say.

The IPRR proposes various models of working time reduction. Starting with the 4-day week for all, it also offers models aimed at parents only. For example blocked time credits that do not have to be taken weekly.

GOVERNMENT WOULD DO WELL TO TRIAL FOUR-DAY-WEEK

Rachel Statham, a senior research associate at IPPR Scotland, commented:“The Scottish Government would do well to trial a four-day week. today’s evidence shows that this policy is highly supported by the public and could be a positive step towards an economy focused on the workers wellbeing.”

Research has repeatedly shown that workers and even businesses support shorter working hours. A 2019 YouGov poll found that three-quarters of people in the UK support the idea. In July, Iceland published its results of the 4-day workweek project. Reducing working hours has increased people’s productivity and their overall well-being, it is considered an overwhelming success. In Spain, a three-year pilot phase for the 32-hour week will start in autumn.