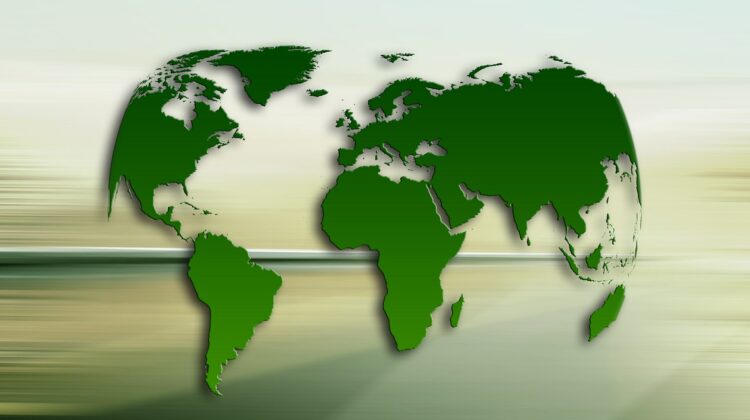 John Kerry, the US special envoy on climate, is predicting that the shift to a green economy would entail “a bigger economic transformation” than the Industrial Revolution, according to a report.

“​​The fact is we’re looking at the creation of the largest market in the history of the world,” he said ​Monday, according to Fox Business.

“This will be a bigger economic transformation that is right there at our disposal — bigger than the Industrial Revolution if we will start to seize it, and there are millions of jobs to be created​,” Kerry said at an event with the ​​European Bank for Reconstruction and Development​.​

Kerry, a former Democratic senator from ​Massachusetts and presidential candidate in 2004, added that “there is a massive amount of money to be made because there are 4.5 to 5 billion energy users in the world today.”

W​hile Democrats, like Kerry, claim that millions of jobs will be created and the economy will be ​energized if climate packages like the Green New Deal are implemented, critics predict catastrophic job losses, long-term economic damage and loss of family income.

The Green New Deal, proposed by Rep. Alexandria Ocasio-Cortez (D-NY), would aim for net-zero emissions by 2050.

The White House has also said the “existential threat” of global warming could be an economic opportunity, despite offering scant details on specifics.

In January, Kerry admitted that the US reducing its emissions to zero wouldn’t make much of a difference in the global climate change fight while pushing domestic manufacturing of electric cars and solar panels in favor of energy production.

“He knows Paris alone is not enough,” Kerry told reporters at a White House press briefing, referring to President Biden re-entering the US in the Paris Climate Agreement in one of his first acts as president.

“Not when almost 90 percent of all of the planet’s global emissions come from outside of US borders. We could go to zero tomorrow and the problem isn’t solved,” Kerry conceded.

He then claimed that energy workers had been “fed a false narrative” about what environmental policy would do to their livelihoods, insisting people faced with economic displacement would “have better choices” and can “go to work to make the solar panels.”

“They’ve been fed the notion that somehow dealing with climate is coming at their expense,” Kerry said. “No, it’s not. What’s happening to them is happening because of other market forces already taking place.”

“Coal plants have been closing over the last 20 years. So what President Biden wants to do is make sure those folks have better choices, that they have alternatives, and they can be the people who go to work to make the solar panels.”

To reduce gas emissions by 2050, the world would have to undergo a sweeping transition from fossil fuels to renewable energy sources like solar and wind, as well as make huge advances in technology to make buildings, home appliances and vehicles energy-efficient, the International Energy Agency said in a May report.

Part of this transition, the report said, would require a substantial increase in the quantities of critical minerals like copper, cobalt, manganese and rare earth metals needed for electric vehicles and other technology.

But the US does not mine these materials and is dependent on importing them — mainly from China, the world’s main supplier.

Demand for those minerals would skyrocket under the climate plans pushed by Biden and Ocasio-Cortez.