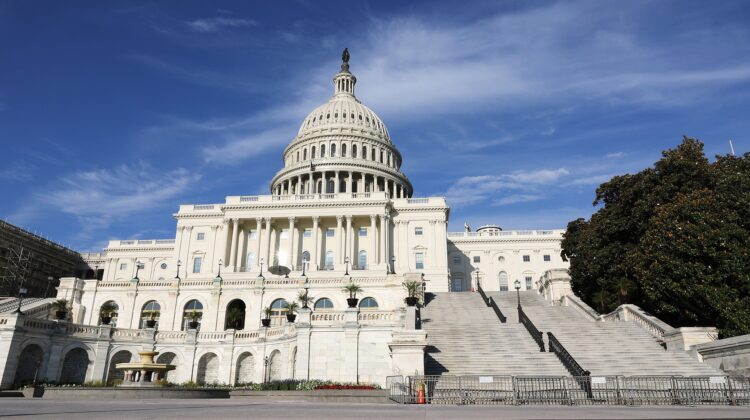 The plan guarantees that the trial, which promises to dredge up the ugly events of Trump’s final days in office and resurface deep divisions over his conduct, will loom large over Biden’s first days at the White House. But it will also allow the president to put crucial members of his team in place and push forward on a coronavirus aid package he has said is his top priority.

Democrats had begun to fret those steps would be subsumed by the rush to try Trump.

“We all want to put this awful chapter in our nation’s history behind us,” said Senator Chuck Schumer, Democrat of New York and the majority leader. “But healing and unity will only come if there is truth and accountability. And that is what this trial will provide.”

Trump, the first president to be impeached twice and the only one ever to face trial after leaving office, is accused of “incitement of insurrection.” The House approved the charge with bipartisan support last week after Trump stirred up a mob of his supporters who stormed the Capitol in a violent rampage on Jan 6. .

Speaker Nancy Pelosi announced on Friday that the House impeachment managers would walk the charge across the Capitol to the Senate at p.m. Monday, and Schumer said senators would be sworn in as jurors the next day. But under Schumer’s agreement with Senator Mitch McConnell of Kentucky, the Republican leader, the chamber will then pause until the week of Feb 8 to give the prosecution and defense time to draft and exchange written legal briefs.

“During that period, the Senate will continue to do other business for the American people, such as cabinet nominations and the Covid relief bill, which would provide relief for millions of Americans who are suffering during this pandemic,” Schumer said.

The deal did not specify how a trial would proceed once oral arguments begin on Feb 8. , but both sides indicated they were looking to compress it into a handful of days, potentially allowing senators to reach a verdict by the end of that week.

The delay represented a compromise between the two party leaders in the Senate, who have struggled in the days since Biden’s inauguration to agree on how the evenly divided chamber should function. Still, the broader disagreement persisted on Friday, hamstrung by a dispute over the filibuster, which allows a minority to block legislation.

For McConnell, who has signaled that he is open to convicting Trump and has privately indicated that he believes the former president committed impeachable offenses, the agreement to delay the trial held political advantages. It allowed him to argue that the proceeding was fair, giving the former president ample time to make his case, and bought more time for McConnell and other Republicans to weigh how they would vote.

“Senate Republicans strongly believe we need a full and fair process where the former president can mount a defense and the Senate can properly consider the factual, legal and constitutional questions at stake,” McConnell said.

Democrats were weighing competing interests, including Biden’s agenda, as well as a desire to dispatch with the trial of his predecessor quickly and to force Republican senators to go on the record with regard to Trump’s actions while the memories of the riot were still fresh.

They agreed to the delay after Biden said on Friday that he was in favor of doing so, as a way of keeping the Senate focused on confirming members of his administration and beginning work on the next round of federal coronavirus aid. The president has tried to steer clear of the substance of the trial.

“The more time we have to get up and running to meet these crises, the better,” Biden said at the White House.

As part of the deal, Schumer announced that the Senate would vote to confirm Biden’s Treasury secretary nominee, Janet Yellen, just before the impeachment article was to arrive on Monday evening.

It is all but unthinkable that the Senate could adopt Biden’s $ 1.9 trillion coronavirus relief plan — a complex piece of legislation that is likely to face substantial Republican opposition — before the trial began. But Democrats hoped to clear several procedural hurdles necessary to do so.

McConnell had initially proposed delaying the impeachment trial another week, until Feb. . He cited the need for Trump’s legal team, just hired on Thursday, to prepare to give a full defense. Doug Andres, McConnell’s spokesman, called the deal “a win for due process and fairness.”

Trump, now installed at his private club in Palm Beach, Fla., had struggled to field a legal team willing to defend him, finally settling on Butch Bowers of South Carolina.

While Trump was defended at his first trial by the White House counsel, private lawyers and leading constitutional experts, Bowers appears to be handling the task more or less alone for now and must quickly familiarize himself with the case. He has little high-profile experience in Washington, but has defended several Republican governors in his home state, including Mark Sanford when he faced possible impeachment in .

Preparing for a potentially speedy trial, the House managers said their case would be relatively straightforward, especially compared with Trump’s first impeachment trial. That proceeding turned on a lengthy and complex presidential pressure campaign on Ukraine that took place largely out of public view.

“So much of what led to this incitement of violence was done in public view — both in the conduct of the president, the words and the tweets — and it played out in real time for the American people on television,” Representative David Cicilline of Rhode Island, one of the managers, said in an interview.

McConnell was reprising a role he played in Trump’s first trial, representing the interests of the defense. But this time, he has made clear he is not gunning for an acquittal.

The Republican leader said this week that the former president “provoked” the mob that stormed the Capitol. And though McConnell has not yet said how he would vote in the impeachment trial, he has indicated privately he views the process as a potential means of ridding the Republican Party of its former standard-bearer.

Yet with many in his party already lining up against conviction and the party’s right wing shouting for his resignation, McConnell was proceeding carefully.

It would take Republicans joining all Democrats to convict Trump. If they did, they could then proceed to disqualify him from holding any future office on a simple majority vote.

Several Republicans were already pointing to the speed of the process to argue for letting Trump off, saying the House’s move to impeach — which came exactly a week after the Jan 6 rampage — had been too rushed.

“It is a serious issue, but it’s not a serious effort to comply with the requirements of due process of the Constitution when it comes to impeachment,” said Senator John Cornyn, Republican of Texas.

Senate Democrats were just as eager as McConnell to ensure the trial was perceived as fair, particularly among Republicans they believe could conceivably agree to convict Trump. They listened carefully when Senator Lisa Murkowski of Alaska, one of the former president’s most virulent critics who has praised the House’s impeachment, said she found McConnell’s suggestion for delay “eminently reasonable.”

Other Republicans argued that it was unconstitutional for the Senate to try a former president at all because the Constitution only explicitly provided for impeachments of current officeholders. Many legal scholars disagree with that position, and so did the Senate itself when in the s it found it did have the authority to judge a former war secretary.

The effects of virus variants 07 Apr 21