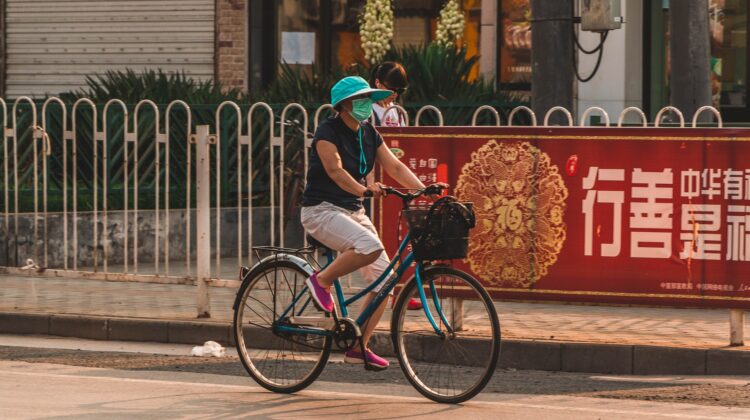 The People’s Republic of China (PRC) is one of the world’s worst and largest polluters, despite its claims to the contrary. Beijing’s bottomless demand for energy resources race on regardless of environmental impacts or the suffering inflicted on its own people. The entire world suffers alongside the Chinese people, and every nation must join together in demanding an end to the PRC’s wanton environmental destruction.

In the air, the PRC is the largest and fastest-growing emitter of greenhouse gases (GHG) and numerous pollutants. China’s energy-related carbon dioxide (CO2) emissions are rising, and it has been the world’s largest annual greenhouse gas emitter since 2006. China’s total emissions are twice that of the United States and nearly one-third of all emissions globally.

Perhaps most maddening is Beijing’s claim of being a “developing country”, which allows it to avoid shouldering responsibility for reducing GHG emissions, even though its per capita CO2 emissions have already reached the level of many high-income countries. China’s increasing emissions counteract the progress of many other countries around the world, including the US.

In the world’s waters and oceans, the PRC is also the world’s number one environmental offender. It is one of the biggest perpetrators of illegal, unreported, and unregulated fishing, undermining sustainable fisheries management, which threatens the livelihoods and food security of economies around the world. PRC distant water fishing activities even threaten World Heritage sites, including the fish stocks in the Galapagos Islands.

The PRC is also responsible for nearly a third of the plastic pollution clogging the world’s oceans and harming marine life. According to its own experts, the PRC released up to one million tons of plastic waste into the ocean in 2017. The presence of plastics in the ocean costs the maritime, fishing, and tourism industries billions of dollars every year and threatens food security and public health. Factories in the PRC also freely discharge their wastewater into lakes and rivers. The health impact is so dire that rural villages located near factory complexes have become known as “cancer villages”.

On the land, the PRC is the world’s largest consumer of illegal timber and wildlife products. The PRC’s voracious demand for rosewood drives illegal logging in western Africa and south-east Asia, while wildlife “wet markets” in the PRC create risks for diseases.

The PRC’s most profound environmental impact, however, revolves around its drive to acquire minerals, fossil fuels, and agricultural commodities from other nations. According to a major World Bank analysis of nearly 3,000 projects, PRC-linked foreign investors and companies often predominate in poorer nations with weak environmental controls, causing those nations to become Beijing’s “pollution havens”.