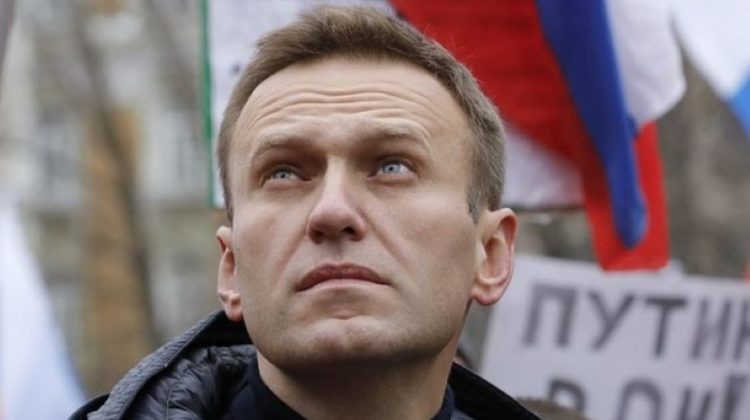 Alexei Navalny’s visit to Siberia last week went like most of the trips he has taken across the country to galvanise anger against President Vladimir Putin. Russia’s most popular opposition leader posed for selfies with supporters, took a dip in the Tom river, and evaded a conspicuous tail from Russian secret services.

On the flight back to Moscow, Mr Navalny abruptly broke out in a sweat, became disoriented and collapsed in the plane’s bathroom, where he could be heard groaning in pain before he lost consciousness. A week later, he remains in a coma after being evacuated to Berlin, where doctors said test results suggested he had been poisoned with a cholinesterase inhibitor, whose uses range from medicines and pesticides to nerve agents.

The attack on Mr Navalny — at least the sixth such attempt against a Russian dissident in the past five years — has provoked international condemnation on a scale not seen since the poisoning of former double agent Sergei Skripal with the nerve agent novichok, in the UK in .

Russia claims it found no evidence Mr Navalny was poisoned and has dismissed accusations of state involvement as “empty noise.” Although Mr Navalny’s allies point the finger squarely at the Kremlin, the activist has built up a long list of powerful enemies.

“It’s essentially an attempt to remove him as a threat. They consider this with a classic KGB mentality: ‘no man, no problem’,” says Vladimir Milov, a former Russian deputy energy minister who advises Mr Navalny.

“By removing him personally, they aim to kill the brand and end the team . . . But it’s a grave mistake by the Kremlin to think that without him the movement stops,” he adds.

In a decade of activism, Mr Navalny, , has mounted a remarkable challenge to Mr Putin despite constant hostility from the state. After finding himself largely shut out from Russia’s state-dominated media, the activist built a huge audience on YouTube with viral anti-corruption investigations that he then leveraged to organise the largest protests in Russia’s modern history.

In , when Mr Navalny led a series of protests against Mr Putin’s return to the Kremlin, supporters would ask him: “Why do you think you’re not being killed and what happens if you are?,” according to Sergei Guriev, a professor at Sciences Po in Paris and former Kremlin adviser.

Mr Navalny’s reply, he says: “was that ‘it’s a dangerous place, and that’s why I’m talking to you — in the hope you can work on our common cause’. So this was something he already had in mind.”

As Mr Navalny’s popularity grew, so did state efforts to stop him. He has been jailed times for protesting against Mr Putin and was sentenced to six years in prison in on embezzlement charges.

The legal pressure has been coupled in recent years with a series of brutal physical attacks. In , a pro-Kremlin activist threw a chemical substance at Mr Navalny that blinded him in one eye, while the activist also believes he was poisoned while on one of his many jail stints last year.

Mr Guriev, now an informal adviser to Mr Navalny, says “smart voting” is a particular nuisance for the Kremlin. Russia’s stagnant economy and Mr Putin’s patchy response to the pandemic sent his approval ratings to record lows this year before a recent rebound. A June survey by the Levada Center, an independent pollster, found Mr Navalny was Russia’s second most “inspirational” politician, after the president.

If the strategy is successful, Mr Guriev says, Mr Navalny could help bring to power politicians from within the Kremlin’s approved slate of spoiler parties who become magnets for discontent.

Mr Navalny has backed protests in the far eastern city of Khabarovsk over the arrest of popular “systemic opposition” governor Sergei Furgal and raised the spectre of more losses for United Russia in future votes.

Mr Milov also points to the speed with which dissent gathered ground online in neighbouring Belarus, where almost three weeks of mass protests against the -year strongman rule of Russia-backed Alexander Lukashenko has spooked the Kremlin.

Little-known blogger Sergei Tikhanovsky quickly built a YouTube following with trips across the country clearly modelled on Mr Navalny’s approach. When he was arrested, his wife Svetlana Tikhanovskaya ran in his stead and became the focal point for the protests.

“Look at Belarus. It is a YouTube revolution. Tikhanovskaya is the Belarusian Navalny,” adds Mr Milov.

Whereas Russia denied involvement in the Skripal case with a nod and a wink, Mr Navalny’s poisoning has put the Kremlin on the defensive. Russian police claim his test results show no traces of poison, and have declined to open a criminal investigation, adding that security cameras turned up nothing suspicious — despite a pervasive surveillance operation throughout the trip.

In an effort to deprive him of exposure, Dmitry Peskov, Mr Putin’s spokesperson, only refers to Mr Navalny as “the patient” at press conferences and refuses to say his name.

Displeasure with Mr Navalny’s activity has often come from the Kremlin-friendly oligarchs named in his anti-corruption investigations. Alisher Usmanov, a billionaire metals and technology tycoon, was the subject of a investigation by Mr Navalny that suggested he had given lavish gifts to then prime minister Dmitry Medvedev.

In response, Mr Usmanov posted two videos on social media addressed to “Alexei-damn-you-loser-Navalny” in which the billionaire said: “I spit on you.” He later won a court case against Mr Navalny ordering the video investigation to be removed from the internet.

“I don’t consider Navalny a political figure,” Mr Usmanov told the Financial Times in an interview earlier this year. “First of all, he is a puppet, of those who bought him, and created him. Second of all, he was telling lies.”

Yevgeny Prigozhin, who is sanctioned by the US for alleged activities that span from an infamous St Petersburg troll farm to mercenary activity in Africa, this week said he intended to enforce a court ruling that Mr Navalny’s foundation must pay Rbsm 1.2$.m of debt owed to his company. He will take on the debt personally, he said, and “strip this group of dishonest people naked”.

Despite Mr Navalny’s long list of enemies, Russian officials claimed in the days following his poisoning that he was a greater threat to the Kremlin in a coma — following an attack that many would blame on the state — than alive and on YouTube.

“He really got under the skin of people who have big country houses and lavish mansions, but I wouldn’t say he was such a threat to the regime that it had to bump him off,” a person who regularly speaks to senior Kremlin officials says.

“If there isn’t a convincing public investigation the opposition will point the finger at the authorities. If they weren’t involved, it shouldn’t be hard to get to the bottom of it and find some sort of scapegoat, and that could be absolutely anyone. There are a fair number of crazy people sitting in the woods with grenade launchers,” the person says.

Vladimir Ashurkov, executive director of Mr Navalny’s foundation, says the failure to investigate the two previous attacks means the Kremlin should take responsibility for the poisoning even if it was not directly involved.

“We don’t know for sure whether it was personally ordered by Putin. But we understand that he created the conditions where this can happen and the people responsible won’t be punished or suffer any repercussions,” he says.

Mr Navalny had been hospitalised for just a few hours when the EU’s two most powerful leaders demanded Moscow launch a full investigation.

Angela Merkel, the German chancellor, and French president Emmanuel Macron, stood side by side at a press conference, to offer Mr Navalny medical services and asylum.

Within hours the Russian doctors treating him backed down from their insistence that he was not safe to travel — which Mr Navalny’s family claimed was a stalling tactic to stop the poisoning being diagnosed — and he was flown to Berlin on a private jet arranged by a German NGO last Saturday.

As Moscow dragged its heels on a probe, Mr Navalny’s supporters have relied on international pressure on the Kremlin. It was only on Wednesday — almost a week after Mr Navalny was poisoned — that the Kremlin finally called for a “thorough and objective investigation”, in a statement following a call between Mr Putin and Italian prime minister Giuseppe Conte.

Few of Mr Navalny’s supporters expect the preliminary investigation to amount to much. Police declined to investigate the apparent poisonings of Pyotr Verzilov, a dissident artist, and the activist Vladimir Kara-Murza, a friend of Mr Navalny, who survived two attempts on his life.

Vyacheslav Volodin, Russia’s parliamentary speaker, said he would lead a separate investigation to determine whether the poisoning was “an attempt by foreign powers to harm the health of a Russian citizen with the aims of creating tensions within Russia and making yet more accusations against our country”.

While he remains in a coma, Mr Navalny’s team is soldiering on with the smart-voting campaign. His regular jail stints and the year he spent under house arrest while on trial in helped the foundation learn to cope with his absences, Mr Ashurkov says, while aides are working to finish the investigation he was filming in Siberia.

Friends say the poisoning will only harden Mr Navalny’s resolve and lead him to reject Germany’s offer of asylum.

“I can give you per cent that he will never do that. He will stay in Russia and continue to do what he does,” Mr Kara-Murza says. “The biggest gift we could give to those people in the Kremlin is if we got up and ran.”