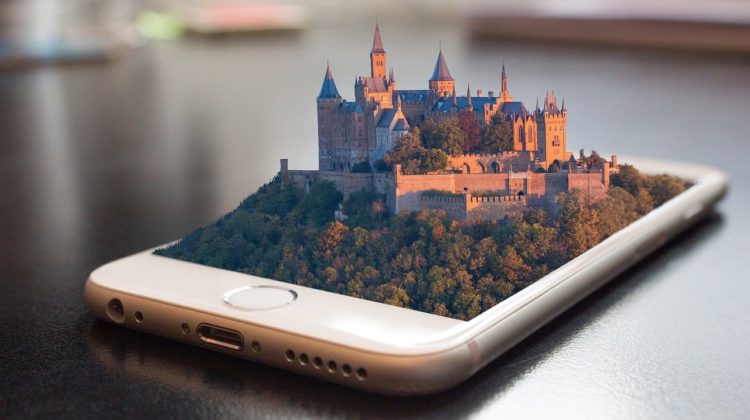 GLAM galleries, libraries, archives, and museums is one of many sectors that has embraced digital technology during the coronavirus pandemic, using it to help satisfy our desire for real life activities.

Museums were allowed to re-open from the th July, but during lockdown, many promoted virtual tours as a way for online users to experience their favourite exhibitions.

Despite a rise in virtual visitors, museums and galleries are still facing an uncertain future. Even with the government’s £. billion emergency support package, not all jobs in the culture sector will be protected. According to Wired, footfall is projected to reach % of regular visitor numbers, which for some, means that re-opening will remain financially unviable for the time being. The continued lack of tourism, and changes to the museum and gallery experience such as one-way systems and mandatory bookings could mean dwindling visitors – and funding – for the foreseeable future.

With consumers able to enjoy their favourite museum or gallery from the comfort of their own home – how do virtual tours measure up, and do they actually compare to the IRL experience? Let’s take a look at some examples from some of the most well-known museums and galleries.

It’s certainly cool to see inside the museum this way, and the user’s familiarity with Google Maps means that navigation is intuitive and easy. A big downside, however, is that it’s difficult to get much of a sense of the artefacts themselves, as there’s no pop-up or additional information included. It’s also impossible to zoom in on the museum cards which provide detailed information about what you’re looking at. Overall, this makes the tour feels a little aimless.

The British Museum’s ‘History Connected’ interactive tour – also powered by Google – is much more informative. It’s not a tour of the building itself, but a set of detailed explanations about its contents, which allows the user to ‘jump back in time and explore objects from across diverse cultures’.

The Studio Ghibli museum in Tokyo set up its own YouTube channel in March, specifically to allow fans of the film studio to experience the museum while it was closed during the pandemic.

The five video tours showcase the museum’s various exhibits, featuring characters and landscapes from its famous films. This example is not an immersive virtual tour in the same vein as others in this article, as it is essentially a selection of videos captured from the perspective of a person walking around the museum. With that said, it’s still a great example of how museums have utilised digital in the face of closures, here giving users a birds eye view from the comfort of their own home. This one is also particularly special for fans, too, as visitors to the Tokyo museum are usually prohibited from taking any photographs of the exhibit, and tickets are notoriously hard to get.

The virtual tour of London’s Courtauld Gallery has been available for a couple of years now, but it’s still one of the best out there. This is mainly because it uses a particular photographic technique to allow the user to view paintings in detail.

Zooming in, you might assume that the image will start to blur at some point, but this just doesn’t happen. You can zoom in far enough to see brushstrokes in clear detail, and easily read the information card beside it.

The only slight negative about the Courtauld tour is that the user can only swivel inside any given room rather than click to move around. This means it’s less of an immersive tour of the building itself, and more of an educational look at art. However, this makes it a much better experience in my opinion, allowing the user to focus on the paintings themselves rather than fuss around with navigation, which can often be distracting.

The Courtauld has seen a spike in usage since Covid-; proof of the growing demand for online experiences since the pandemic. According to the New Statesman, the virtual tour received % more visitors in the week ending rd March than the seven days before.

The Guggenheim Museum in New York also uses Google Street View technology. However, powered by Google Arts and Culture, it also includes a hell of a lot of information, and a handy selection of place-cards at the bottom of the screen. This means you can easily skip to ‘stand’ directly in front of specific pieces, as well as click on pieces of art to see it up close and in more detail.

As well as producing some nice social content of late, the RA has also been keeping art fans entertained with its own virtual exhibitions.

This example is another video tour, like Studio Ghibli, in which the user is shown the works of Picasso. But thirty-eight minutes long and accompanied by some mediative-like music – it’s one of the most mesmerising and relaxing tours to get lost in.

The Picasso Museum in Barcelona gives users a -degree tour of its impressive architecture in its virtual tour. The tour automatically moves around, but the user is also given the freedom to scroll around and look wherever they want to within the current location. Another nice touch is the narration, which allows the user to fully immerse themselves in what they are seeing.

As the Picasso Museum’s impressive courtyards and stairways are the main focus, there is the sense that a virtual tour will never fully replicate the experience of being there. The -element means that it’s certainly not a bad effort, however, and something that is bound to create even more desire in users to visit in real life.

The Hauser & Wirth art gallery has been developing ArtLab since – a research division designed to “create bespoke technology solutions for the most pressing issues in the art world, including greater accessibility and sustainability.”

In response to the coronavirus pandemic, and the subsequent closure of its galleries, Hauser & Wirth accelerated development of a new virtual reality tool to allow users to experience a true-to-life gallery in D.

The technology has been introduced with a virtual tour of the new Hauser & Wirth Menorca, which is yet to even open. While I’m not able to test out the D element I don’t have the requisite VR headset, it’s easy to imagine how it would elevate the already-immersive nature of the tour. The gallery explains: “Drawing from techniques applied in architecture, construction and video-game design, the tool creates true-to-life scale and accuracy, as well as the authentic look, feel, and interactivity of our galleries.

Finally, the Vatican’s virtual tour, which is similar to the Picasso Museum’s in terms of tech, allows the user to view its seven spaces in -degrees. This immersive element is vital, of course, as the user is likely to spend most of their time fixated on the Vatican’s intricate ceilings.

It’s another example that feels a little frustrating – it’s of course hard to get a true glimpse of the Vatican’s grandeur through a screen – but it is sure to inspire many people to want to visit.

It’s unclear when cultural organisations will see a return to normality, with the majority bracing themselves for a challenging second half of the year. So, while a new focus on digital experiences has sustained connections with audiences throughout lockdown, with donations more important than ever before, museums and galleries will be hoping that people will be encouraged to visit in person as soon as possible.