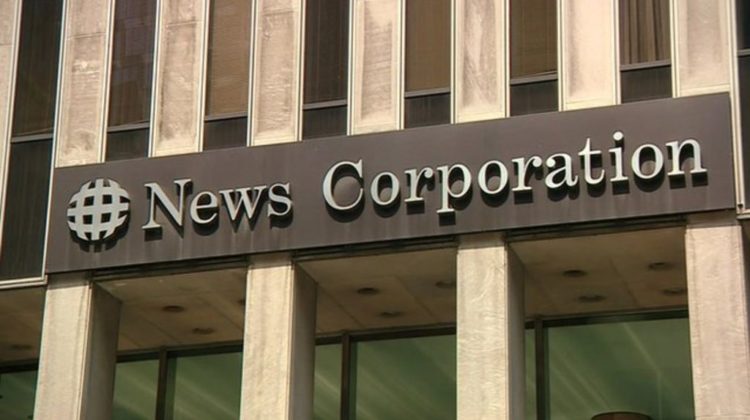 The -year-old once seen as his father s successor has been openly critical of some media coverage from publishing empire News Corp s outlets in recent months.

According to a letter written by James Murdoch and released Friday by the US Securities and Exchange Commission SEC, his resignation was due to disagreements over certain editorial content published by the company s news outlets and certain other strategic decisions .

News Corp owns the Wall Street Journal, the New York Post, The Times and the Sun newspapers among others, but not Rupert Murdoch s Fox News network.

James Murdoch, who has resigned from News Corp, has been critical of the business and its media coverage.

Its media operations have been hit by an advertising slump aggravated by the coronavirus pandemic in Australia.

In May, News Corp announced that it would stop printing more than Australian regional and local newspapers, shifting to digital-only versions instead.

The group reported net profit of $ million for the quarter from January to March, boosted by its HarperCollins book division.

James Murdoch s decision hastens his disengagement from the family media empire, which grew from a newspaper group in Australia.

In January, he denounced the climate change skepticism of some Murdoch media, citing coverage of the fires which devastated large parts of Australia.

In a statement, widely reported by US media at the time, Murdoch and his wife spoke of their frustration with some of the News Corp and Fox coverage, adding that they were particularly disappointed with the ongoing denial among the news outlets in Australia given obvious evidence to the contrary.

Rupert Murdoch has said he does not employ climate change deniers, and has previously described himself as a climate sceptic .

While Rupert Murdoch has been a longtime supporter of Republican President Donald Trump, his son has reportedly donated hundreds of thousands to Democrat challenger Joe Biden s campaign.

James Murdoch, who headed st Century Fox until he stepped down last year when Disney acquired most of the group s assets, has launched his own private holding company called Lupa Systems, which has taken a stake in Vice Media.

We re grateful to James for his many years of service to the company. We wish him the very best in his future endeavors, said Rupert Murdoch, executive chairman of News Corp and James s brother Lachlan Murdoch in a statement.