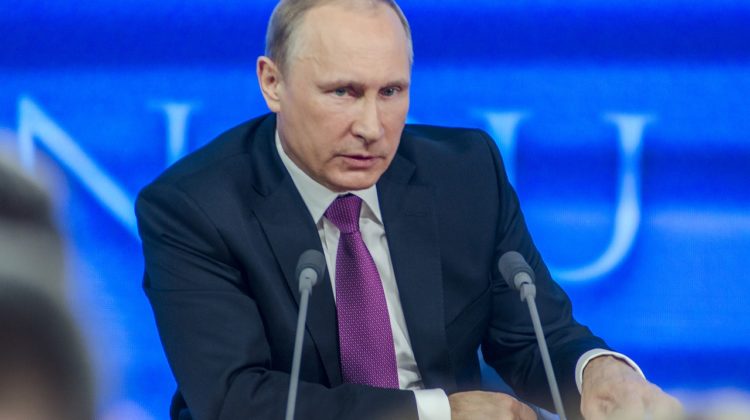 In the st century, this capital-centrism no longer seems to hold true. Whatever the reasons — the nature of modern communications surely being chief among them — Russian politics is becoming truly national. For the past three weeks, the focus of political attention has shifted , miles from Moscow to the city of Khabarovsk in the Far East, where residents have staged unprecedented protests over the sudden firing of their elected governor.

Khabarovsk has been a thorn in the government’s side since September , when the Kremlin-backed incumbent lost the gubernatorial election in a landslide. His victorious opponent who beat him by percent to percent happened to be a lawmaker from the Kremlin-friendly nationalist and misnamed Liberal Democratic Party by the name of Sergei Furgal. But this almost didn’t matter. As in many recent elections in Russia — most spectacularly in last year’s legislative polls in Moscow — pro-Kremlin candidates are losing to whomever else is listed on the ballot, even when genuine opposition leaders are barred from running as they usually are. The point was that residents of Khabarovsk elected their own governor, in opposition to the one installed from the Kremlin. The individual and his political affiliations were secondary.

Last month, that elected governor was arrested, flown to Moscow and placed in pretrial detention on charges of organizing murders in the early s when he was a businessman. The reaction was immediate. Residents took to the streets in numbers never before seen in Khabarovsk — and have continued to do so. According to media accounts, a July rally drew some , people, about one-tenth of the city’s population. The equivalent demonstration in Moscow would number . million people.

The protests quickly turned national — in the political, not geographical, sense. They started with calls for Furgal’s reinstatement and demands that he face a jury trial in Khabarovsk, not in Moscow. But in recent days, demonstrators have turned their attention to the Kremlin. Slogans such as “Down with the czar,” “Putin resign” and “Wake up, Russia” have become a staple. Significantly, the police have kept their distance and refrained from the use of force — both extraordinary exceptions when it comes to opposition rallies in Russia. “We met an officer from the National Guard,” says Andrei Pivovarov, an opposition leader who attended the protests in Khabarovsk. “He told us: ‘We support what’s happening. If there is an order to disperse the protesters, my comrades and I will take off our uniforms. We live here.’”

One immediate consequence of the Khabarovsk protests has been a realization that state control of television, ensured in the early years of Vladimir Putin’s rule, is no longer as important as it once was. Despite the absence of coverage on national TV, a Levada Center survey released last week showed that percent of Russians are aware of the rallies in Khabarovsk — and percent support them. Only percent are against. Moreover, about a third of Russians say they would take part in similar protests in their own regions.

Indeed, the Kremlin may leave them no choice. For years, Putin’s regime has maintained its power through a combination of propaganda, economic incentives and repression. With many Russians now getting their news online, propaganda has become less effective, while falling oil prices and the economic fallout from the pandemic have reduced the incentives — leaving only repression in the Kremlin’s toolbox. But this has its limits, too, as was shown by the police inaction in Khabarovsk.

In September, some three dozen Russian regions will hold elections for legislatures and city councils in what is widely viewed as a dress rehearsal for next year’s national parliamentary election. The Kremlin is tightening controls even further, using techniques such as new powers to disqualify unwanted candidates, extended early voting, electronic voting, mail ballots, and unlimited mobile voting at home or in makeshift locations outside regular polling places — all of which leave plenty of room for manipulation and vote fraud by the state. According to Golos, an independent election-monitoring group, the local elections “will be held under the worst legislative framework in the last years.”

But even this may not be enough to stave off embarrassment for Putin and his party — this year or, more importantly, the next. According to the most recent Levada poll, public confidence in Putin has plummeted to percent, the lowest ever recorded. The protests in Russia’s Far East have shown the true worth of official election figures, as in the recent plebiscite on extending Putin’s rule. Of course, the Kremlin could opt for the same tactic in next year’s polls, “winning” the vote count if not the election. But Khabarovsk may have just shown the rest of Russia what could happen afterward.