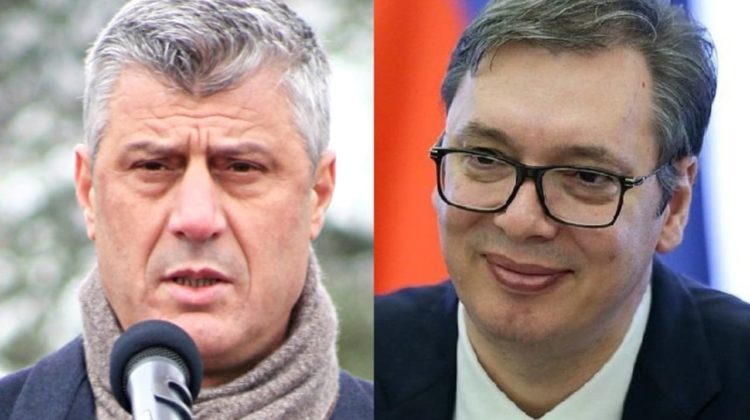 The leaders of Serbia and Kosovo are set to meet face-to-face in Brussels later this week after they agreed to restart talks that have been frozen since November .

Mevlut Kacmaz witnessed a funny situation unfold in Dublin, Ireland. A fearless seagull casually entered a store and stole a packet of chips!

The objective is to resuscitate the EU’s Belgrade-Pristina dialogue process, which seeks to normalise relations between the two sides.

“We agreed on the main elements of the process,” said Miroslav Lajcak, the EU’s special envoy, after Sunday’s virtual meeting.

“We also agreed on the agenda of our next meeting that will take place this coming Thursday, in Brussels, in person.”

But the agreement to meet does not suggest a breakthrough in the talks, as neither side has yet shifted on the question of Serbia recognising Kosovo’s statehood.

Serbia has refused to recognise Kosovo’s statehood since it unilaterally declared independence in . It considers Kosovo to be an autonomous part of Serbian territory.

Vucic said on Friday that the EU’s mediation would be “meaningless” if it focused on whether Belgrade should recognise Kosovo, while Hoti said “mutual recognition between the two countries is the only way to normalise relations.”

“It will require commitment and engagement in the spirit of compromise and pragmatism,” he said on Sunday.

“It is not an easy process, it has never been, but there is urgency to work towards peace and prosperity for the sake of a common future.”

The Belgrade-Pristina dialogue began in and European officials say it is the only way that Serbia and Kosovo can seek to become members of the EU.

The new push came as Kosovo s President Hashim Thaci arrived in The Hague to respond to war crime charges.

His indictment led to the postponement of a White House summit between Serbia and Kosovo at the end of June.

Thaci said he was going to The Hague to prove to prosecutors that he broke no international laws during the – war in Kosovo between ethnic Albanian separatists and Serbia.