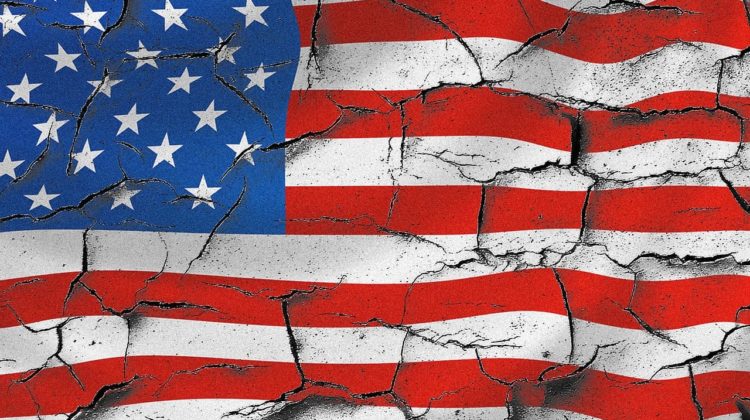 On Wednesday, the Trump administration took former national security adviser John Bolton to court in a last-ditch attempt to halt the June publication of his memoir “The Room Where It Happened.” Almost at the same time, however, news outlets began publishing revealing excerpts of Bolton’s experiences in the White House between and .

While legal experts say the government has little hope in stopping the book’s release, as hundreds of thousands of copies have already been mailed out across the globe, that won’t necessarily inoculate Bolton from potential criminal and civil penalties.

“Halting the publication is a fool’s errand being pursued no doubt only to please the president,” Bradley Moss, a partner at Washington national security law firm Mark Zaid, said in an email to Yahoo News. But Bolton’s alleged failure to comply with the government’s mandatory prepublication review process, which can sometimes take years, will almost certainly allow the government to seize the profits, Moss added. “They’re absolutely getting all the money from the book,” he wrote.

Trump went even further on Monday when he suggested Bolton should face criminal charges from the Department of Justice for revealing classified information. The government has rarely, if ever, charged former employees with leaking classified information in their books because doing so in a court of law would require an examination of the information it seeks to keep hidden. Further complicating a possible criminal charge against Bolton is the fact that the president has already characterized the material in the memoir as a “compilation of lies.” By definition, lies can’t be classified.

According to Wednesday’s DOJ filing seeking an injunction against the book’s publication, Ellen Knight, White House senior director for records access and information security management, never gave written approval that the book could proceed to publication, even though Bolton removed sensitive material from the manuscript at her request. Multiple government officials, including Trump loyalist Michael Ellis, who now holds the position of the National Security Council’s senior director for intelligence, Director of National Intelligence John Ratcliffe, as well as National Security Agency Director Gen. Paul Nakasone and counterintelligence chief Bill Evanina, were concerned about sensitive information that remains in the book.

Nakasone wrote in an affidavit that Bolton’s book, if “could result in the permanent loss” of a source of electronic signals intelligence leading to “irreparable damage.”

When asked whether the intelligence community would be prepared to substantiate their concerns in a court of law, a DNI spokesperson told Yahoo News that “it’s not our policy to discuss ongoing litigation matters,” and that her office was focused on their duty to protect information contained in excerpts of the book that have already “jeopardized national security.” The NSA declined to comment, referring Yahoo News to the White House. The White House declined to comment on its legal strategy.

It remains possible that the Department of Justice will choose to make an example of Bolton to deter other former national security officials from publishing their memoirs absent review — if only to instill the fear of losing out on a big payday.

“Bolton was on notice that the book still contained classified information, and then intentionally disregarded this and proceeded to publish,” Andrew Bakaj, a former intelligence officer and founding partner of national security firm Compass Rose Legal Group, said in an email. “Seeing how vindictive this administration is, this should be a real concern for him,” he continued.

“If you recklessly handle classified information and it does get out, you can go to jail for it,” said Timothy Parlatore, an attorney who has represented multiple clients in prepublication review issues. These include Matt Bissonnette, author of “No Easy Day,” a best-selling firsthand account of the mission that led to the killing of Osama bin Laden. Bissonnette forfeited the net proceeds from the book in a civil case and settled with a previous lawyer. While the Justice Department threatened Bissonnette with criminal charges, prosecutors ultimately dropped multiple investigations.

Bolton’s lawyers and publishers insist the administration is only trying to prevent embarrassment. Simon & Schuster, the book’s publisher, wrote in a statement that Bolton complied with the review process and that the DOJ’s court filing “is nothing more than the latest in a long-running series of efforts by the administration to quash publication of a book it deems unflattering to the president.”

While it’s unclear which specific tools or sensitive sources the intelligence community fears Bolton is risking, excerpts of the book released so far reveal a number of personal conversations Bolton was privy to involving the president and foreign leaders.

According to news reports from outlets that obtained an advance copy of the book, Trump not only sought assistance with his reelection campaign by asking Ukrainian President Volodmyr Zelensky to investigate former Vice President Joe Biden’s family, the basis for his impeachment by the House in December, but also from Chinese President Xi Jinping, asking him to purchase agricultural crops to secure support amongst farmers deemed critical to securing a second term. Trump also made several embarrassing or outrageous comments, according to Bolton, including failing to realize Britain was a nuclear power, believing Finland was a part of Russia, and encouraging Xi Jinping to continue to build concentration camps for Uighurs, members of a Muslim minority in China. In Bolton’s retelling, In an effort to distract the press from his daughter Ivanka Trump’s use of a personal email account to conduct government business, Trump even praised Saudi Arabian Crown Prince Mohammad bin Salman following the murder of U.S. resident and journalist Jamal Khashoggi, which U.S. intelligence agencies have linked to the prince himself.

Bolton, while he may have skipped a few steps, joins a long list of former intelligence and national security officials who have wrestled with the onerous prepublication review process.

Nada Bakos, a former CIA officer who helped track down top al-Qaida terrorists in the Middle East, filed a lawsuit against the CIA in after waiting two years for a review of her manuscript. Without a clear explanation, large chunks of the book were deemed sensitive and blacked out, rendering the narrative unreadable. The book was ultimately published in June .

In perhaps one of the most dramatic examples of tug-of-war between the government and a retired intelligence officer, the Defense Intelligence Agency bought up and shredded nearly the entire first printing — almost , copies — of the Afghan war memoir “Operation Dark Heart,” by retired U.S. Army Reserve Lt. Col. Anthony Shaffer. In Bolton’s case, it’s likely there are already too many copies circulating to purchase them all.

Shaffer, president of conservative think tank London Center for Policy Research, became famous when he made disclosures to Congress alleging the Pentagon kept secret evidence his unit gathered about the hijackers a year before their attacks, a claim the Department of Defense inspector general was later unable to substantiate. Shaffer was approached to write the memoir following his congressional testimony, he told Yahoo News in a phone interview. He says he kept the Army informed the entire time, got the book approved and was only met with resistance late in the process by the Defense Intelligence Agency, where he had been employed as a civilian. His legal team complied with the DIA’s requests and revised the book for its second reprinting, but journalists had already received review copies of the book. The agency’s book-buying stunt only made it more popular.

“The American people have a right to see and understand how their tax dollars are being spent,” Shaffer said. “The stuff I’m talking about in print, it’s gone, it’s done, it’s looking at lessons learned and mistakes made.” He, unlike Bolton, Shaffer said, did everything he was asked by the government, though he protested behind the scenes against things he believed were wrongfully classified, such as the names of colleagues he had spoken to personally and the inclusion of protected disclosures he made to Congress.

Many former government officials have complained about the unequal standards applied to former senior officials versus those who retired at a lower rank when speaking or writing publicly, particularly for former officials who have received lucrative television contracts and have been able to speak without getting their frequent remarks approved before going on air. One source told Yahoo News that the Office of the Director of National Intelligence has long been considering revising its standards for former officials to speak or write publicly, though no further guidance has been put out recently.

In a statement to the press on Wednesday evening, DNI head Ratcliffe appeared to directly address this discrepancy, and hinted that Bolton, despite his former high rank, would be held accountable the same way anyone else would.

“Regardless of rank or position, every individual entrusted with access to our nation’s secrets has a legal duty and responsibility to protect classified information,” said Ratcliffe. “As the Director of National Intelligence, I am authorized and obligated by law to protect the critical work of the Intelligence Community from any and all unauthorized disclosures, which is what I have done today.”