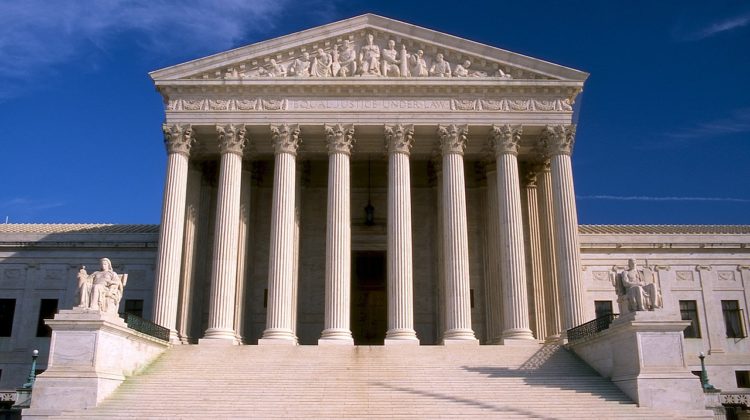 The high court was unanimous in its ruling that the laws at issue in a pair of disputes from Washington and Colorado are constitutional. The decision from the Supreme Court comes just months ahead of the November general election, when voters will head to the polls to elect a president and vice president.

“The Constitution’s text and the nation’s history both support allowing a state to enforce an elector’s pledge to support his party’s nominee — and the state voters’ choice — for president,” Justice Elena Kagan wrote for the court. Justice Sonia Sotomayor took no part in the decision of the dispute involving faithless electors in Colorado.

The justices heard arguments in the disputes, the last of its term, via teleconference, as the court was forced to alter the format of arguments because of the coronavirus pandemic.

Both cases before the high court involved faithless electors who were appointed as presidential electors after Democrats Hillary Clinton and Tim Kaine won the popular vote for president and vice president in their respective states. The electors pledged to vote for those candidates, but did not do so when they met to cast their electoral ballots.

The case out of Washington involved three electors who were fined $1,000 each in accordance with state law after they cast their electoral ballots for former Secretary of State Colin Powell for president, rather than Clinton. But they challenged the penalties, arguing they were unconstitutional.

The Washington Supreme Court ruled against them and upheld the sanctions.

The legal fight out of Colorado, meanwhile, involved three presidential electors, including one who attempted to cast his electoral ballot for former Ohio Governor John Kasich, a Republican, though Clinton won the state’s popular vote. The elector, Michael Baca, was replaced.

Baca and the two other electors challenged Colorado’s law that binds them to the outcome of the popular vote, arguing it is unconstitutional. The 10th U.S. Circuit Court of Appeals sided with Baca, ruling he should not have been removed as a presidential elector, as the Constitution suggests electors “are free to vote as they choose in the Electoral College.”

The Supreme Court was urged to act swiftly on the respective appeals, saying the timing — before the presidential election — presented a unique opportunity for the justices to weigh in without fear of being accused of issuing a decision that could be viewed as favoring one candidate.

Thirty-two states and the District of Columbia require electors to vote for a pledged candidate, according to FairVote, a nonpartisan group that advocates for electoral reforms, though the penalties for not doing so vary.

Ten electors nationwide attempted to cast votes that split from the candidate who won their state’s popular vote in the 2016 presidential election, and FairVote found that since the founding of the Electoral College, there have been 167 faithless electors. Sixty-seven cast their votes for a different candidate on their own.